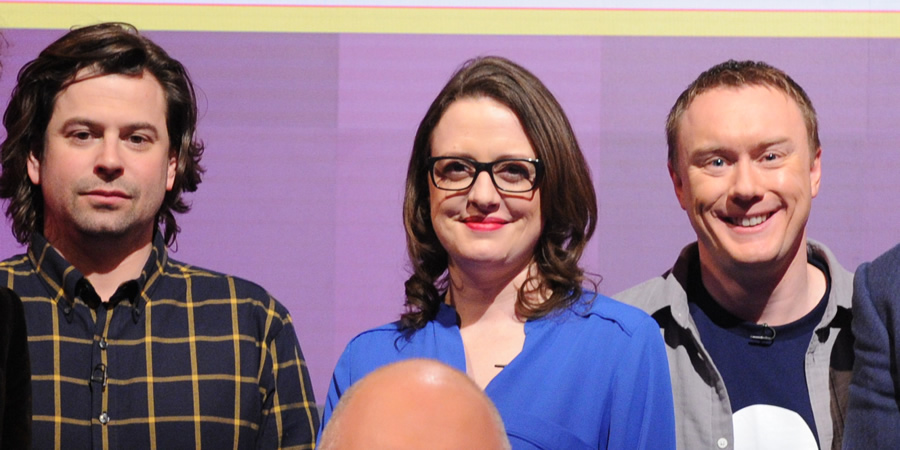 Steve McNeil and Sam Pamphilon are the creators of computer game comedy show Go 8 Bit. They also star in the show as the team captains. Meanwhile Ellie Gibson acts as the show's resident expert. The trio explain more about the format here...

How would you describe your roles in the show?

Steve: I'm a gaming wizard, Sam is a gaming muggle.

Sam: ... in that Steve is a grown man who plays video games, and is probably good at them, and understands them. I stopped playing video games when I was about 14, so my gaming history stops dead at Street Fighter 2 and Sonic.

Ellie: My job is.... I'm sort of like, in Dictionary Corner in Countdown, I'm the Richard Stilgoe of this operation. I'm the only one on the show with a little desk, which I'm very excited about. I think it does lend me an air of authority that I probably don't really deserve. I've got a little computer and everything. The idea is that I am a sort of games expert and I know about games, which I do... and also I have the internet!

How did Go 8 Bit come about? 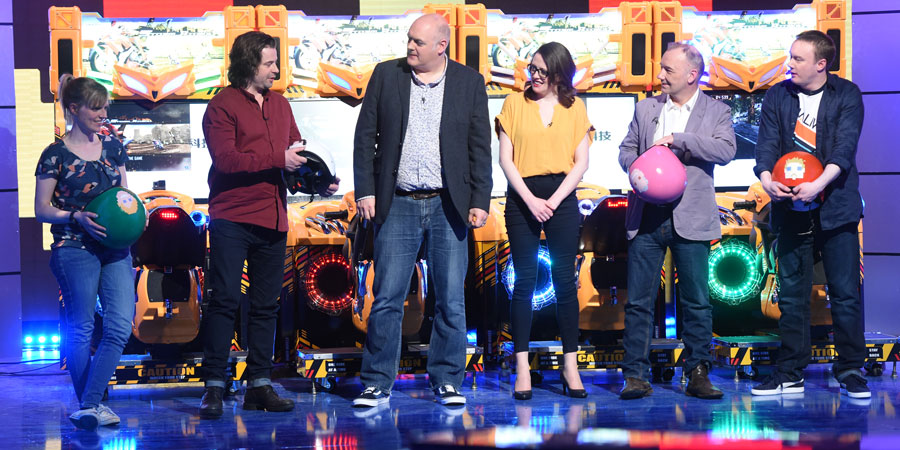 Ellie: The best moments are when you feel it in the room, and the contestants are really into it and the audience are screaming. To be honest, I remember rehearsing on the first day and it felt a little bit flat when we were playing the games and I was like "Is this gonna work, is this going to be alright?" That night, when we had the audience in, and hundreds of people just screaming at David James to fire the thing to the left and to the right, it was amazing - "wow, this feels like a real event, a real sporting event that people really care about and really love."

What was your favourite moment during the show?

Steve: Bob Mortimer was great. I have no idea what it looks like in the edit because I've not seen it yet but Resident Evil... Bob was just so stupid!

Sam: I just felt that, no offence to whoever made it, but the game was so stupid! It was so hard to control.

Sam: I don't know what that means.

Steve: Well, for those who know about games, tank controls...