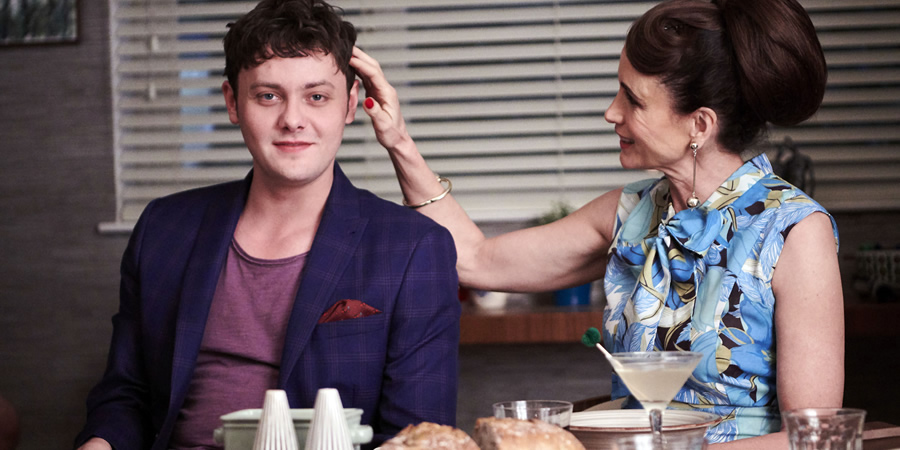 Ivy discovers that Dylan is running a weed farm in one of the properties he's supposedly selling.
Preview clip

When trying her best to get to know the different members of the family, Ivy discovers that Dylan is running a weed farm in one of the properties he's supposedly selling. Never one to miss an opportunity to get rich, Ivy wants in.

Meanwhile, Lorna discovers Ken's 20something diaries and is offended that in them, a 20-something Ken described her as "just an estate agent". To make it up to her, Ken starts meeting Lorna for 'viewings' in the properties...

Not your average Sunday

Rachel and creepy neighbour Steve suspect Aunt Ivy and Dylan are up to something. They follow them on a stake out, but things quickly take a turn for the worse.