Paying for daughter Sharon's dream wedding is giving Spud sleepless nights, whilst Danny has his own conundrum to solve.
Preview clips 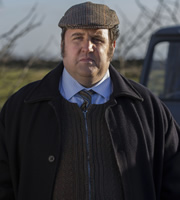 Danny has his own conundrum to solve. Should he seize the chance for honour and glory as captain of West Greenwich's footie team? Or further develop his new found interest in photography, inspired by the tutoring of smoking hot Future Studies teacher Miss Blondel with her French accent and her photographic dark room?

Big decisions for both father and son!

Glover, the school football coach, gives Danny a talk in the changing room.

What's in it for you?

Fred has a meeting with the bank manager.