Amusing stories for adults, read by Richard Hammond and Jessica Hynes. A postman reads his crush's mail to learn what makes her tick and a woman meets her eight-year-old self. 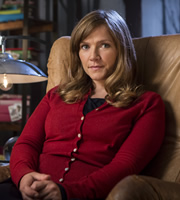 An unremarkable postman turns himself into the perfect boyfriend for a girl he has fallen in love with by reading her mail and absorbing all her interests.

Jessica Hynes reads My Former Self by Holly Walsh.

A woman is visited by her eight year-old self but lies about her life so she doesn't repeat the same mistakes.