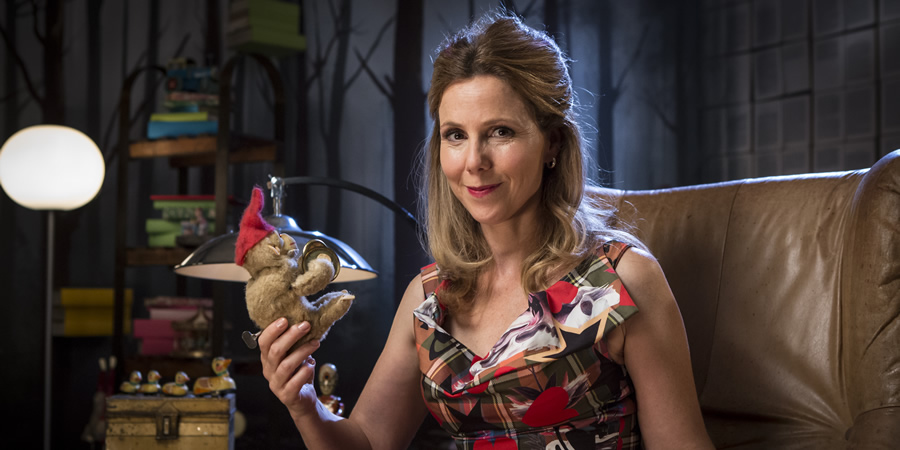 Jackanory gets a reboot as famous faces read comic tales. Jack Dee and Sally Phillips narrate stories about a Twitter addict and a dead toymaker.

While sitting in his local pub, Twitter addict Darren tweets a flippant message to pop superstar Joaquin Blieber. Within 15 minutes, the tweet has gone global and Darren is besieged in the pub, having become the most hated man in the world.

Sally Phillips reads What Peebee Did Next by Toby Davies.

When a much-loved toymaker suddenly dies, his family is shocked when he is stuffed and returned - shouting pre-recorded messages at them twenty-four hours a day.