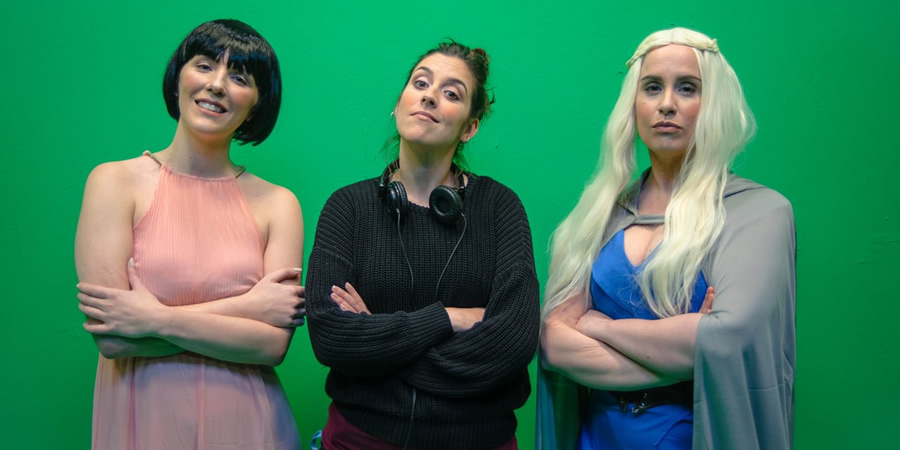 Filming a sketch for Comic Relief - A Day in the Life

Birthday Girls - Rose Johnson, Camille Ucan and Beattie Edmondson - explain what it was like to film their 'Game Of Thrones' inspired sketch for the Comic Relief Originals series.

The stone cold legends at Comic Relief asked us if we'd like to film something funny for this year's campaign, and we said "Oh my God absolutely 100% yes please we would be SO thrilled" because, if nothing else, we know how to play it cool.

We all grew up watching and loving Comic Relief, so we were super excited to get involved. We chose our Game Of Thrones sketch because it's really silly and fun (what Comic Relief does best), and also because Rose really wanted to dress up as Daenerys Targaryen. This is how our shoot day went down... 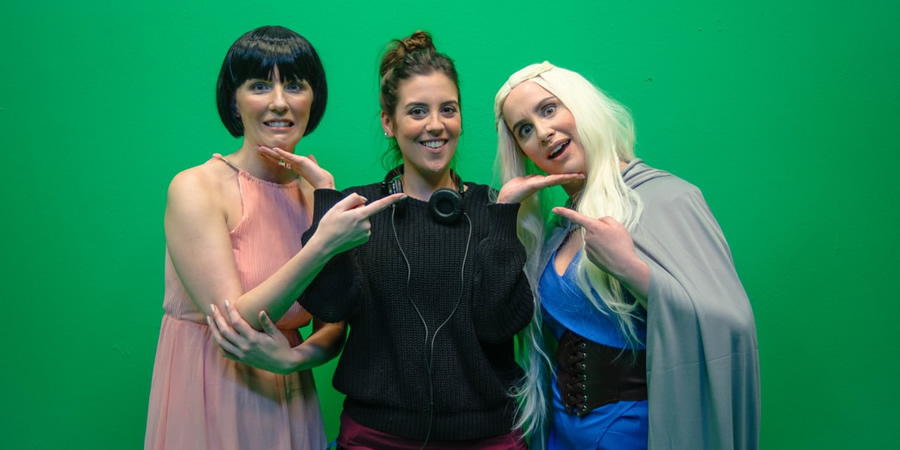 8.30am: Wake up. Realise it's Pancake Day. Call our agent and leave an urgent message asking if she can put a clause in our contract guaranteeing pancakes for lunch.

9.30am: Agent calls back and patiently explains there is no contract because it's for charity. We ask if she thinks there will be pancakes. She says probably not. Rose threatens to walk until Beattie suggests she could have pancakes for supper.

10.25am: Camille arrives at the studio address but can't find the studio. She thinks she's gone to the wrong place and is about to get back on the tube and head to a similarly named studio an hour away but luckily bumps into Rose and Beattie outside the very clearly marked studio entrance.

10.33am: We decide to make a hilarious entrance by bursting into the studio shouting "HOORAAAAAY!", but the crew are filming another sketch with Grainne Maguire and we ruin the shot (sorry Grainne).

10.35am: Into make-up. Camille is first in the chair, and soon discovers that the makeup artist Maria does amazing special effects and can make a person look exactly like a seal.

10.36am: Start brainstorming how we could rewrite our sketch to make one of the characters a seal. 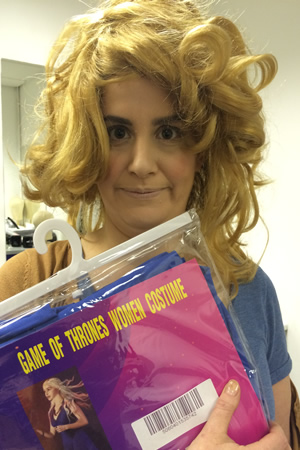 10.40am: Rose rummages through the bag of wigs and costume that has been sourced for us, excited to find her Daenerys garb. However, the only wig she finds is a weird ginger one that makes her look uncannily like Pat Sharp in the 80s.

10.41am: Rose complains about the wig and a runner is sent out to buy an emergency Daenerys wig for her.

10.50am: Rose rummages through the costume bag some more and finds a perfect Daenerys wig hiding at the bottom.

11.00am: Runner is called back from emergency wig mission.

11.05am: Rose tries on her Daenerys costume and discovers for some inexplicable reason the dress has an opening down the front that starts above the crotch. An argument ensues about whether Rose having her pants on display for the whole sketch would be funny or distracting. Rose is firmly in the 'funny' corner.

11.11am: Runner is sent out again to buy an emergency pair of leggings for Rose.

11.15am: Beattie tries on her costume and Camille points out you can see her nips through the dress.

11.18am: Beattie uses some of the plasters that Rose always carries in her purse as improvised nip covers.

11.21am: Beattie goes into the studio to see if the improvised nip covers work on camera.

11.25am: Beattie returns from the studio to report that the plasters make it look like she now has giant square nips.

11.30am: Do an interview with the Evening Standard for Comic Relief in which Beattie, as is traditional in all our interviews, says absolutely nothing.

11.45am: Do a photoshoot to accompany the interview (complete with red noses) in which we are told we can't use our (hilarious) go-to pose (grabbing each other's boobs).

11.50am: Discover the red noses we were given to wear have been reused from all the Comic Relief photoshoots. Beattie and Rose are grossed out but Camille is happy at the idea of potentially mixing snot with Daniel Craig. 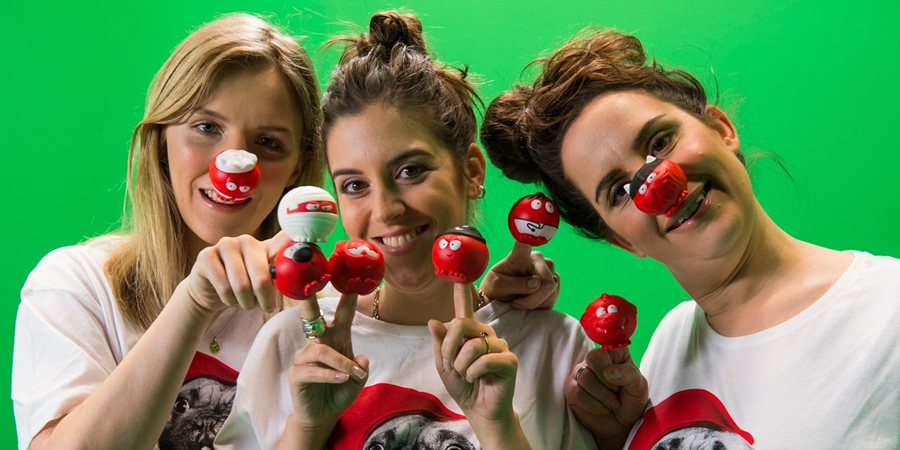 12.00pm: Shooting begins with a scene between Rose and Beattie in which they have to pretend to be riding horses.

12.05pm: Director realises Beattie and Rose need to be holding something that looks like reins as their hands are in shot. Improvise using belts kindly donated by (demanded from) the 1st Assistant Director and sound guy.

12.31pm: Beattie sent back to make-up to put talcum powder on her wig as it's so shiny you can see the reflection of the camera in it.

1.00pm: Lunch. Rose drops loud hints about Pancake Day but is silenced by the arrival of an egg salad.

1.45pm: Back to the studio to resume shooting. Beattie's lost the sound guy's belt again.

3.00pm: Camille arrives on set. She's playing a big shot director and is way too into the character. The actual director has to tell her to stop shouting 'CUT!' unless it's in the script.

3.30pm: Tea break. Everyone heads to green room where it is rumoured there is chocolate.

4.30pm: We improvise a (hilarious) bit about Beattie's character pooing in Rose's character's trailer but we get carried away and are told to rein in the poo jokes.

5.15pm: We sneakily plan a (hilarious) improvised ending in which Beattie pretends to get her fingers trapped in the door, but it backfires when the crew think she's really hurt herself and don't find it all funny when she reveals she was just joking.

7.00pm: Go home and make pancakes. Rose's all stick to the pan and she has to throw them in the bin.