Jason Manford is joined once again by Russell Kane as well as Tim Vine, Pete Firman, Lee Nelson and Susan Calman. James Blunt undertakes house band duties while the one and only Enrique Iglesias is the special guest pop act. 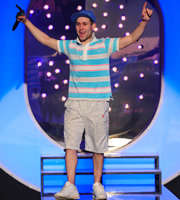 This week Jason Manford is joined by king of one-liners and star of Not Going Out, Tim Vine. The "well good" Lee Nelson also takes to the stage, plus there's feisty Glaswegian comic Susan Calman and regular Russell Kane.

There is also magic combined with comedy from Pete Firman and, as if that wasn't enough, music is provided by house band for the night, James Blunt and Enrique Iglesias performs his latest single.