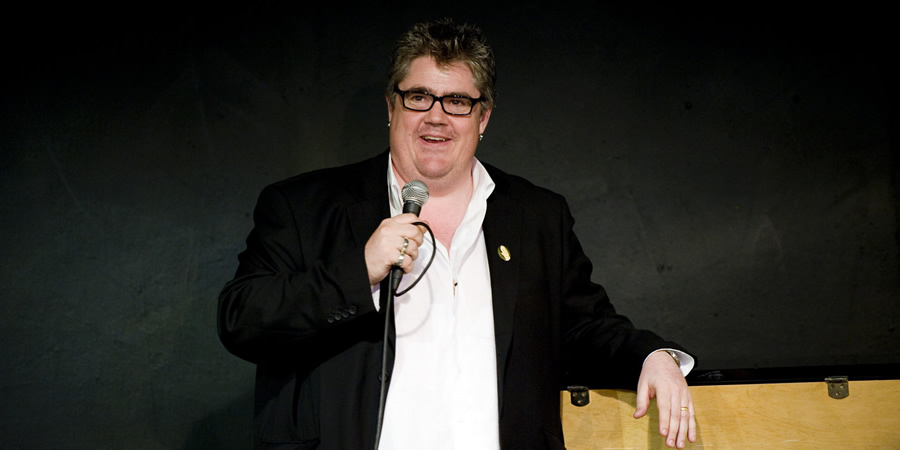 Brits don't get jokes about altoids or Mickey Mantle. Gags about chavs or the WI are lost on Americans. So can a British stand-up comedian get a laugh in Lafayette? And can an American have them chortling in Chorley? Comedy Exchange aims to find out.

The idea of this format is that two comedians change places to do a series of performances on new territory. They meet their counterpoint's agents, friends and comedy experts who pass on the secrets of comedy in this new world, and the comedian must then try out their act in ever more prestigious venues.

At the beginning of the show, it's a small-scale venue that matches their newfound obscurity, they then go to a mid-sized venue, and each show builds up to a nerve-wracking final bang: a theatre venue packed to the rafters.

In addition to these gigs, the comedians each explore the comedy industry in their new territory. TV spots, radio shows, corporate bookings etc, and get face-to-face advice from that country's top comedy talents... anything that'll help them turn a tumbleweed routine into a comedy conquest. And finally each comedian watches a DVD of the others performance and evaluate their journey through comedy in a foreign land.

In the pilot episode Britain's Phill Jupitus and US comedian Eugene Mirman each attempt to make their stand-up routines work in the other's home country.