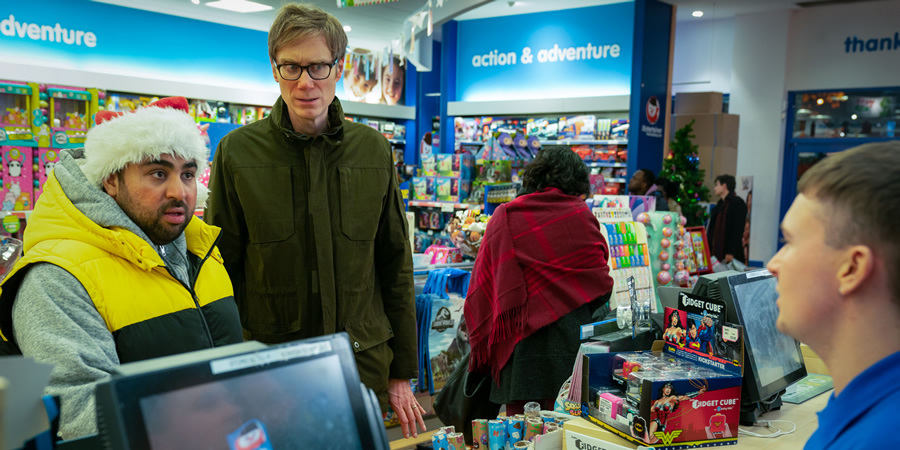 It's Christmas Eve and Andrew Bennett has somehow failed to buy the one present his six-year-old daughter really wants - Sparklehoof the Unicorn Princess. Unfortunately, it also happens to be the must-have toy of the season, and he can't track one down in London for love nor money. Step forward his irritating, over-friendly neighbour Dev D'Cruz, who reveals he's managed to track down the last one in the whole of the UK. The only problem? It's 300 miles away, up in Carlisle. And it's click and collect on Dev's credit card.

Andrew has little choice but to set off with his annoying neighbour on a long-haul drive as he desperately tries to save his daughter's Christmas and redeem himself as a dad. For Andrew, it's a nerve-fraying nightmare; for Dev, it's the best road-trip of his life.

Throw in a whole load of unexpected obstacles along the way, and if they want to make it back in time with the toy in hand, it's going to take a proper Christmas miracle.