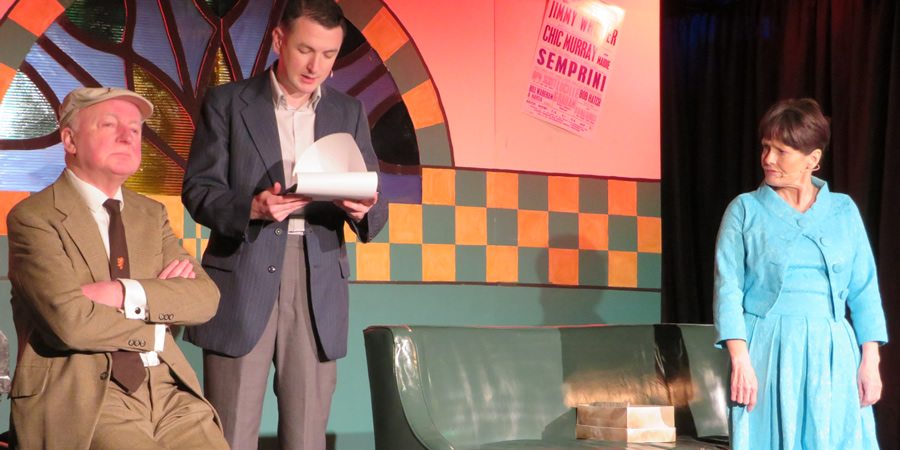 Chic Murray: A Funny Place For A Window

A poignant, but also comic look at the career of renowned comedian Chic Murray through his relationship with his wife Maidie, who was, by far, a bigger star of the Scottish variety scene when they first met.

Dave Anderson's portrayal of Chic - his comic timing and subtle portrayal of the Scottish legend's failings - has been praised and the play has been shown at the Fringe in Edinburgh.

Writer and director Stuart Hepburn says: "I am delighted to be involved with this project. Theatre audiences have loved Chic Murray: A Funny Place For A Window and I think it has the potential to be extended and shown for a longer run in bigger theatre outlets, but theatre is ephemeral, so I think it is terrific that it will be 'immortalised' as it were with this recording for BBC Scotland. And that people sitting in their own homes across the country will get to see it and enjoy it.

"I'm also delighted by the way that it has been produced. It has remained true to its theatre roots but it looks good and has been produced in a fresh contemporary way which will also work for television audiences."