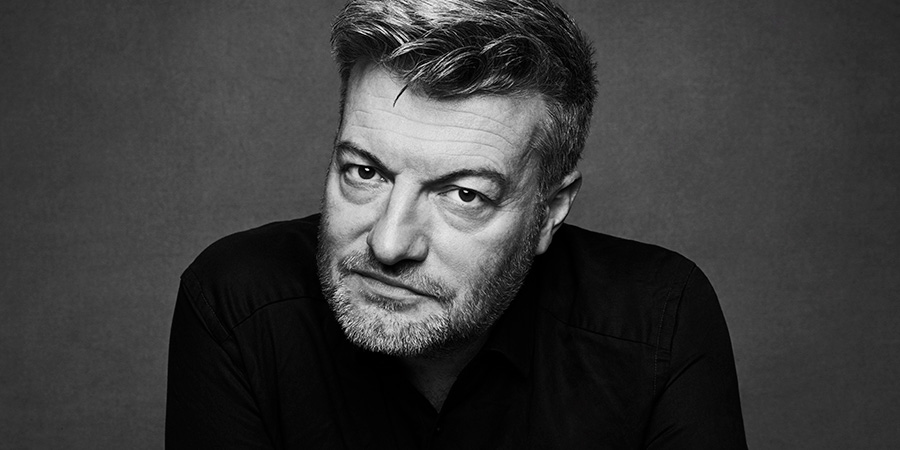 In a one-off special, Charlie Brooker returns to our screens for the first time since his Bafta Award-winning 2016 Wipe to take a look at life under lockdown. As well as coverage of the crisis itself, Charlie will also be exploring what we've been watching to while away the hours.

When did you last wash your hands?

I've actually scrubbed them clean away, and am operating the computer I'm typing this on with my feet.

Why did you decide to make Antiviral Wipe?

We were supposed to be making a new Philomena Cunk show - we've done the scripts and everything - when this whole thing kicked off and that got postponed. We wanted to keep as much of the team on as possible - the BBC asked if we'd make a new Wipe show instead, and I initially said no before relenting when it became clear the format itself would still work under lockdown.

How different will filming this be to when you used to make Screenwipe?

Not hugely different - the Wipe shows don't have a live audience, and there's almost never more than two people on screen at once, and most of it is archive. The edit and the dub have been the most challenging bits, but even that is in some ways easier than normal because there's no commuting.

How have you managed to film all the different bits - Cunk, Shitpeas - during isolation?

Well it's basically a locked-off shot so you don't really need a big studio, and it's about as complex as Gogglebox. As luck would have it both Al Campbell (Shitpeas) and Diane Morgan (Cunk) are directors. So the equipment basically got dumped on doorsteps and from that point on it was all a bit DIY.

What has kept you going through isolation?

Have you found yourself glued to the news or trying to ignore it?

I haven't been able to ignore it because of this show, but generally I think it's sensible to limit your consumption to one bulletin a day. It's a bit like eating apples - good for you in moderation, but consume too much and you'll give yourself the shits.

What have you found to be the most dystopian moment of the current situation?

Do you get bored of people comparing situations to Black Mirror?

Yes and no. It's flattering on a professional level but terrifying on an oh-shit-the-world-is-dreadful level.

Do you think the pandemic has changed the sort of thing people want to watch on TV?

Maybe. It's certainly helping us all work through the massive backlog of shows we haven't had time to watch yet. I haven't done Ozark yet, for instance.

Would life under pandemic be different if we didn't have technology?

Can you imagine this happening in 1989? We'd be huddled round a steam-powered radio or something. You'd have to queue up to use the phone in your own household.