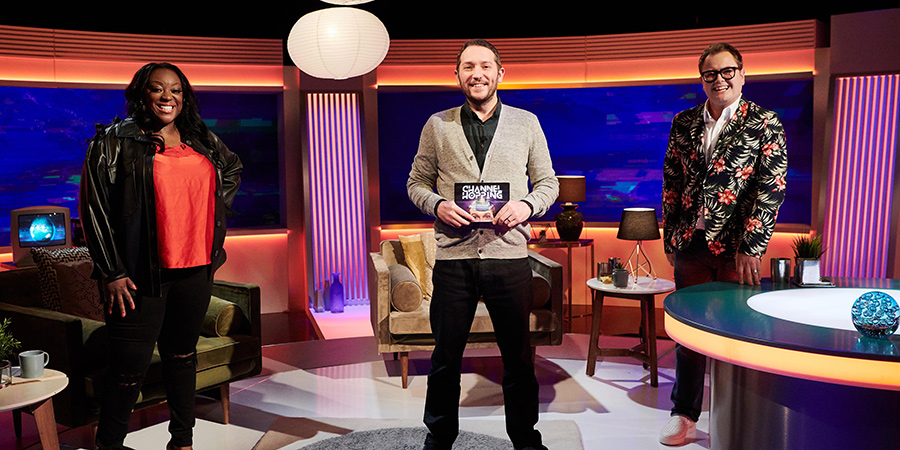 Jon is joined by superstar comedian, Alan Carr, and regular guest, Judi Love, as they navigate the world of ridiculous and wonderful international TV.

In tonight's episode, Jon is joined by superstar comedian, Alan Carr, and regular guest, Judi Love, as they navigate the world of ridiculous and wonderful international TV.

Jon presents a roundup of his favourite clips he's watched from around the world and Alan divulges his own television obsessions, from childhood cartoon heroes to guilty pleasure reality shows.

Judi Love dissects a shocking Japanese gameshow that leaves Jon and Alan stunned, and Jon manages to secure a live interview from one of his favourite reality stars from across the Atlantic. He also takes us on a deep dive into the world of TV talent shows, hopping over to the Philippines and Algeria.

Wonderful German comic, Passun Azhand, joins us live from Berlin on video link to the show the gang the very best and weirdest of German telly.

Judi presides over a tense head to head quiz where Jon and Alan must prove who has learned the most about TV that week, culminating in a very dramatic acting challenge, inspired by one of Thailand's strangest commercials.