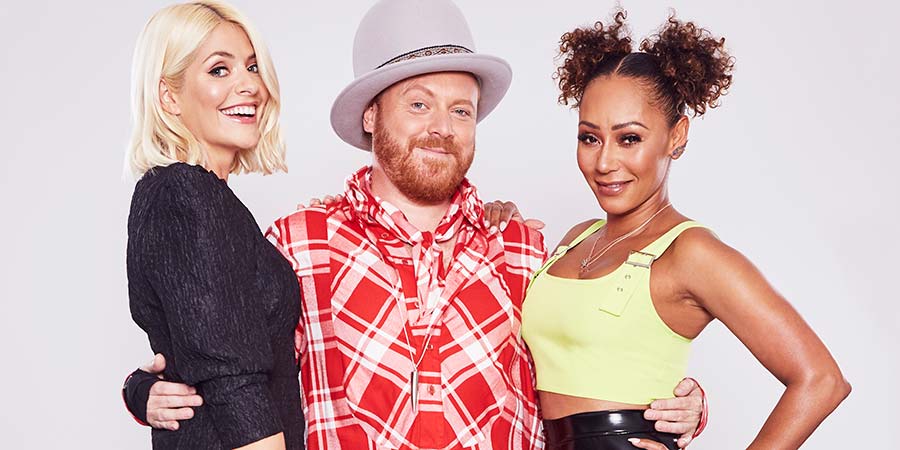 Mel B has joined Celebrity Juice. Let's find out more...

You are the new team captain on Celebrity Juice - how did it feel when you found out you'd got the job?

When I first got offered it I thought Keith was playing a prank on me because I've known him for so long.

Then I actually got the contract through, and I was like "Of course, I would love to do that show!" It was a no brainer for me.

I love the show, I've known Keith for a long time and he's from Leeds so it's like I'm with my mum, it's great.

What do you think you'll bring to the show?

Well I guess you'll have to ask the viewers about that, but I'm just gonna enjoy it. I'm the kind of person who doesn't hold back what they think or what they feel. So I'm hoping it's going to be a great experience all-round, not just for me, but also for the viewers.

Is there anything in particular you're especially looking forward to?

The whole show is based on silly games and I'm hoping that as team captain I might win, but I don't think it's necessarily about the winning. It's about getting yourself fully involved and I can't wait to do that, I've been doing that every time I've been on the show.

Very. All in good fun, but if you can't throw yourself into a game then what's the point in doing it? The games are so silly, but that's the premise of the show. Playing silly games and getting fully involved and I'm always up for that.

Have Keith and Holly given you any advice before starting?

They've mostly just said "enjoy yourself and just be you".

Are you planning on keeping Keith on his toes this series? How do you think you're going to do that?

What do you think makes a good guest on the show?

How do you think the rest of the Spice Girls would do on the show?

I'm not sure if all of them have done it individually. I know Emma has, Mel C has, I'm not sure if Geri has. It's a fun show and all of those girls have a great sense of humour.

Do you have any dream guests you'd love to have on?

Everyone so far has been amazing. From Emilia Fox, to Gemma Collins, to Mark Wright, we've had a really good array of people. The dream guests are the ones who can be just completely unrestricted.

Why do you think Celebrity Juice is still so popular today?

It looks like so much fun filming. Is it fun backstage as well?

Backstage is all about getting ready. You get ready and then you're on the panel and on the show. And then even though we film for a few hours, the night goes so quickly, you're like "oh my God, is it nearly over?"

Is there anything else that you'd love to do in your career that you haven't achieved yet?

Well there's lots of things, I always have to take one thing at a time. Right now I'm back in London and I never thought I'd be living back here after living in Cali for fifteen years. I feel like I've got the perfect job. My daughter, who's 20, she comes on set and helps me choose my outfits and get ready. It's been a really lovely experience.

Across the series, who do you think will win the most out of you and Holly?

I don't know - Keith's way of giving points out is so random that I couldn't answer that question!