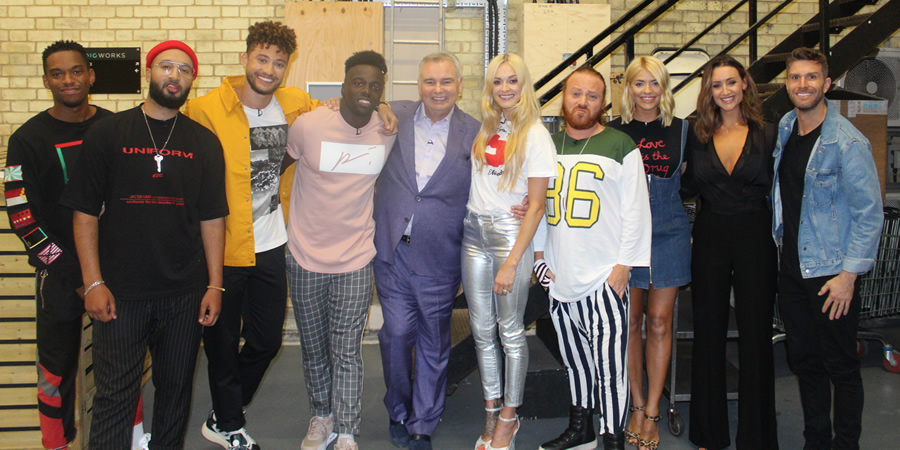 However due to a massive electrical fault, the studio lights went dark - forcing the record to be cancelled before the end of part 1. But nothing can stop Juice, so a week later all of our guests came back to studio except for Eamonn, who sadly was unavailable. So what do you do in that situation? You get one of Britain's finest comedy actors, John Thomson, to take on the role of a lifetime and finish the show as Eamonn Holmes.

The first part of this episode was filmed on Thursday 6th September, but was stopped part way through when the studio suffered a power outage. News story

Joel Dommett gets his legs waxed

Holly Willoughby volunteers to wax Joel Dommett's leg, however tricks him by ripping off the wax strip early.

Catherine Tyldesley has a wind problem

Using their bottoms, Holly and Fearne have to transport a biscuit to a biscuit tin and drop it in. The person with the largest amount of biscuits in their tin after the allotted time wins.