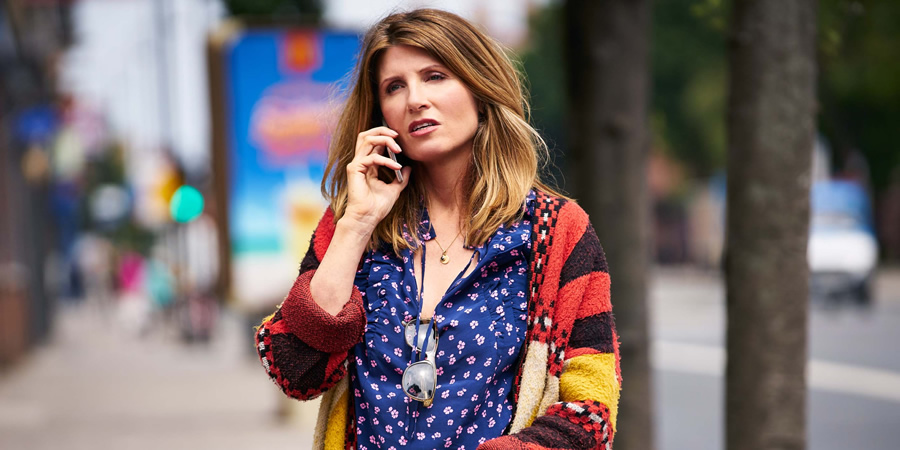 So, Catastrophe is back for a fourth series. When we left, Rob had just had a car accident while over the limit, so there are a few issues to get hold of in the new series, aren't there?

Yes! We have set ourselves up with a bit of a puzzle to work out. When we started writing it we were like "Oh shit, why did we do that?" Because it was a massive thing to end on, and it exposed them a bit. It was a secret he'd been keeping for an entire series, and we'd just gotten to a point where she's saying to him "We don't work on our own - this is it. I don't really work as a single unit anymore." So a declaration of being together forever, and then the car crash, and so we were thinking: "We can't have them break up, because where's the show? We can't have him in prison, because that would be ridiculous." But obviously it had to impact on them.

But they have a good relationship, despite all the bickering and fighting, so we just felt like they'd get through it. But it would have to have ramifications for the rest of the series. And Rob is looking for answers, looking to be a better person and fix himself. He's on a different journey to her. And he's also in a neck brace!

Yeah, whose idea was that?

[Laughs] I can't remember. I think it was mine. But these things come out of conversations, and a lot of it comes out of our weird hive-brain. We wanted to have it on for a few episodes, so there is a physical reminder of the bad thing he'd done. But also, you could have some fun with it, and it's hard to take someone seriously when they're wearing a contraption like that. 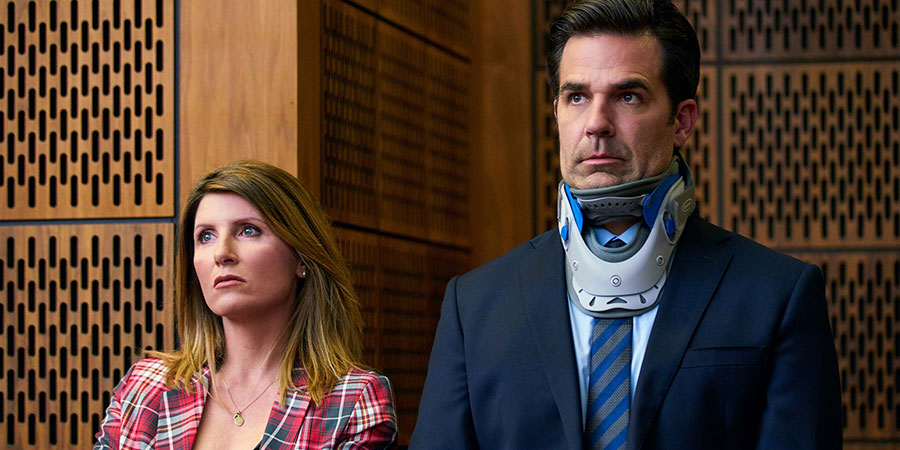 It gets more difficult, if I'm honest. You definitely know the characters better, so you're definitely drawing less on your own life, and more on what has gone before for those characters. There's more texture there, there's loads of things that make it feel like they're fully drawn characters - not just Rob and Sharon but those characters around them.

In a lot of ways it's more satisfying, because you know them so well, and you've got all those back stories you've drawn and the history of all the characters, but at the same time thinking up new stories, even for the other characters that surround us, like keeping Fran and Chris fresh, and wanting to introduce new characters but knowing they really have to count, they can't be using up screen time and not justifying it - it was really hard.

It was the hardest one yet. And also we're aware that people really like the show, and it means a lot to us to keep it so that people continue to give a shit about it. We want to talk about stuff that might have an impact, and then we want to make it funny on top of that. It's a slog.

You said you use less stuff from your own life now, but do you mine the experiences of your friends for material? When someone's telling a story from their own life, does part of you wonder if you can fit it in?

Yeah. It's actually more what I observe than people telling me stories. Occasionally, yeah. Everyone's got their own shit going on, so here and there that happens. And I think people are aware that I do that as well, so if they are going through something, or they're telling me something that is quite a vibrant story, they'll assume that I might have a little bit of it on the show.

They'll see it played out in technicolour in the next series...

Well, they'll see it playing across my face first, as I'm listening!

Apparently this is the last series. Do you get emotionally involved with the material, and is it quite difficult to say goodbye to the characters at the end of it?

Yeah, it really is and was. And not just Rob and that relationship. We spent the best past of five years sitting in a room together, writing this stuff - forget about the filming aspects. So yes, it's really hard.

It's hard to say goodbye to all of them. I love Fergal and Chris and Fran and Dave, and that they won't exist anymore is a bit of a weird thing. But I guess they will exist, because the show's still there. And I think I'd be sadder, if we did keep going and ran out of ideas for those characters. I'd feel worse seeing them onscreen not being at their tip-top best.

But it was emotional filming the last scene, and all of those characters, when they had their last scene, as it was being ticked off I found myself getting a bit maudlin. But at the same time, I don't think it's going to hit me until I'm half a year down the road and I suddenly realise there's a really big thing missing from my life that made me really happy.

So you'll suddenly be found weeping in the frozen food aisle at Tesco.

I think I'll be lying down, I'll collapse between feminine hygiene and dairy. 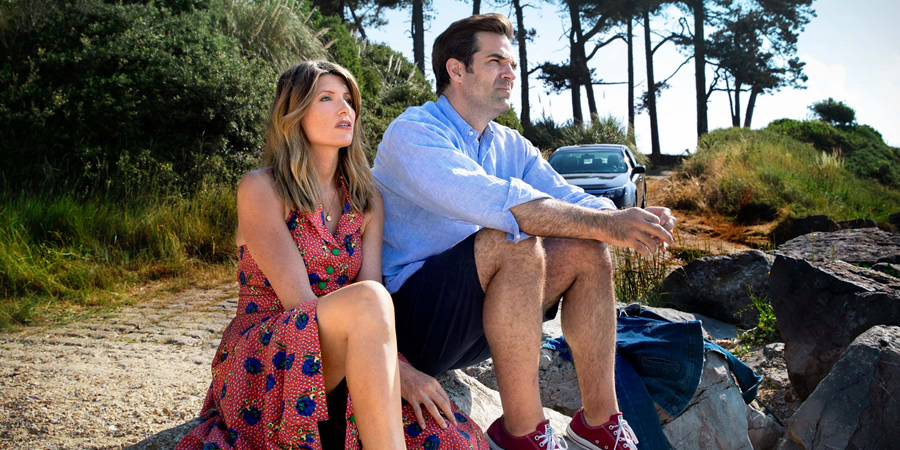 There's a tendency for TV shows to either paint life as glorious and sexy and wonderful or hellish and agonising - is Catastrophe self-consciously trying to find the reality?

Yeah. That was a big part of it. I would say one of the very first conversations with Rob was about showing a real marriage. The real truth of a marriage, and how it effects the romance of it, and when kids come along, and when family interferes, and when your own hang-ups and addictions and illnesses intrude - just the shit that everybody has to deal with. It was a big manifesto that we had for the series. Also I think that's just how we write. I find it harder to write something that is a bit more heightened, that wouldn't be my natural skill area. Not that I don't like watching comedy like that, I just find it harder to do.

Both Catastrophe and Motherland show that being a parent isn't all baking cakes and tucking in sleeping children. Do you think it's important that people understand it's okay to be frazzled by it all, and not love every moment?

Oh completely. If I get stopped, or if someone wants to say they like the show, that's a huge big part of it. People say "That show came into my life when this particular thing had happened" or "I'd just had my second baby, and I wasn't coping." Stuff like that. I think when people see that kind of thing onscreen they feel less isolated, and less like they're a shitty parent. That's a big part of it for me.

When we're writing it, it's something that we have in our mind a lot, both for Catastrophe and Motherland. I love showing Julia or Sharon at their wits' end, not being able to cope, but I also like showing them coming out the other side, getting through it. I think that's also important - people watching need to see that. It can't be nihilistic. I don't want people to dread watching it, I want them to feel that everything will be okay.

However bad things get, Rob and Sharon have the capacity to make each other laugh. Do you think that's one of the keys to navigating life's more problematic moments?

Yeah, oh my God, completely. So many terrible moments and awful arguments or real tragic events are cut through with two people just laughing together. I think it's everything.

Ultimately, do you think that Rob and Sharon are happy?

Yeah, I do. I think they're different characters than they were at the start. They've both been boxed about by life a bit, and there's less idealism there from Rob, and more resignation from Sharon. And certainly over the course of this series, shit does happen to them. But I really hope that by the time people get to episode six - which is one of the worst ones in terms of what we do to them - I really hope that when we see them at the end, that's the big take away - that they love each other, that they came through it all and still love each other.