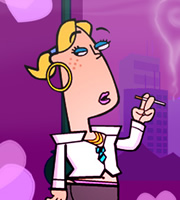 Latrina is the 'chav' blessed with blonde bombshell good looks. She is quite poor academically, but school isn't Latrina's main priority.

She is an unsophisticated soul, with unusual vocabulary, but has a good heart. She acts with good intentions and comes to the aid of her friends when they need her most.

Latrina's parents are divorced, hence why her mum keeps having babies. 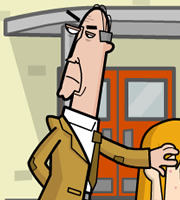 Mr. Bibby is the deputy head of Bromwell High and a geography teacher. He is very articulate, strict and professional.

Mr. Bibby is very manipulative towards the headmaster and his pupils, and with the right words can make them do anything to his liking.

Like the headmaster, he tries to make money through unethical practices, but is far more meticulous when calculating his plans. 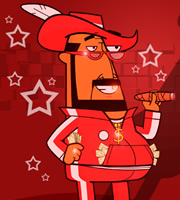 The Headmaster of Bromwell High, Iqbal has no formal qualifications and is far from a normal headmaster.

He holds extremely long meetings with his staff, mainly consisting of 54 items (the 54th being used as a decoy for his ridiculous anecdote in item 53).

Iqbal's language is colourful, but he sometimes misses out words and his understanding of basic grammar is non-existent. He brings humour to very serious situations, and is always the first of the staff to have an opinion. 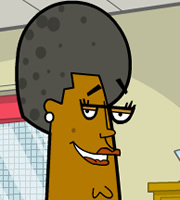 Carol teaches English at Bromwell High. She is in her thirties, wears clothes which should be on a fifty year old and has a huge afro.

She isn't happy with the amount of romance and intimacy in her marriage to Martin Jackson, which makes her compete with Melanie Dickson for the affection of handsome men that enter the school.

Carol has a distinctively annoying voice for a woman and often uses it to moan about her relationship with Martin.

RE Teacher.   Played by: Stephen Mangan 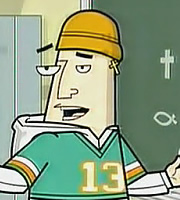 Gavin is the Religious Education teacher at Bromwell High.

He makes an effort to be 'down with the kids' but always fails miserably, revealing a more sinister side when he continually offends followers of faiths other than Christianity.

Gavin is in his late thirties and wears an earring in the shape of a crucifix, which is much too big for his ear. 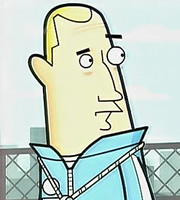 Mr Phillips teachers Physical Education at Bromwell High. He is continually referred to as "the stupid one" by the Headmaster as he is the worst example of a teacher there could ever be.

He grew up in a sleepy town in the West Country and is made fun of by his colleagues and members of his class.

Mr Phillips is often dragged into situations by students, which get him into trouble (sometimes with the law). 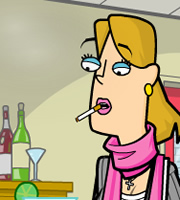 Originally from Australia, Melanie teaches all the subjects that no one else wants to - History, Music, Science. She doesn't care about any of the subjects she teaches.

She competes with Carol Jackson for the affections of men and is rarely seen without a cigarette in her hand. 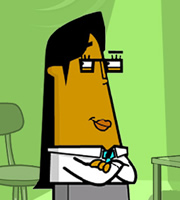 Natella is an Asian brainbox who uses her intellect to manipulate pupils and teachers everywhere. She is very articulate, but sometimes incredibly arrogant towards her peers.

She quite often tries to overcome difficult situations through reasoning with the people involved, but rarely gets the chance to voice her opinions because of her quick ability to realise that the situations are almost always more difficult than originally thought.

In any other school she'd be the perfect student, but at Bromwell High, Natella gets the wrong kind of attention. 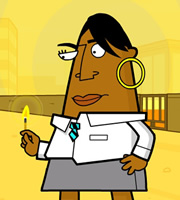 Keisha is the most complex of all the students in Bromwell High.

She is of West Indian/African heritage and has a big personality, with a tendency to ask questions after she is in too deep. She suffers from Attention Defecit Disorder and revels in being physically violent to others.

She comes from a broken home and blames society for treating her differently because of her race. 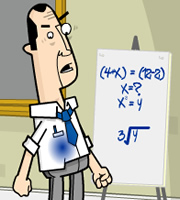 Martin is the Maths teacher at Bromwell High, and though he never graduated Maths at Cambridge University, he still regards himself as a good teacher. The other staff (and Ofsted) however, have a different point of view.

Martin is a teacher who hates children and his job. He even hates himself. He panics at the thought of anything going wrong, and does not discipline students no matter what they do. Instead, he blames himself.

Martin is in his late thirties, and is married to English teacher Carol Jackson.