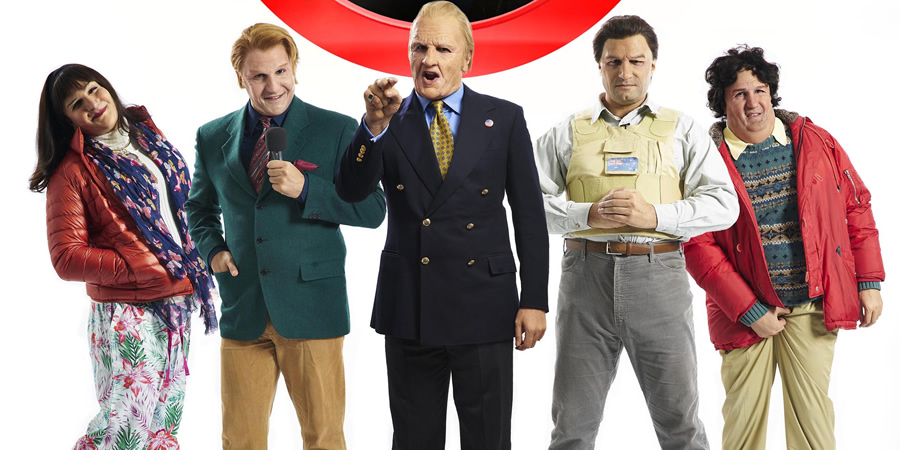 Britain Today Tonight is a spoof tabloid 'news show' which promises to shine a light on contemporary Britain. But with Kayvan Novak playing the part of the American anchorman, the reporters and even some of the subjects of the reports - this is the 'news' as you have never seen it before.

Channel 9Nine News Network (slogan 'Making News Great Again') is the home of the fictional US cable news magazine show Britain Today Tonight, which promises '100% Real News Guaranteed'. In it, Kayvan's happy band of reporters, journalists and filmmakers lift the lid on what's happening on the tiny little island we call Great and the rest of the world just calls Britain.

Britain Today Tonight not only sees Kayvan doing what Kayvan does best - using his extraordinary vocal ability, brilliant improvisational skills and natural comic timing to prank members of the British public - it also moves Kayvan into a new topical territory, allowing him to take on topical themes and feed them into his pranks.