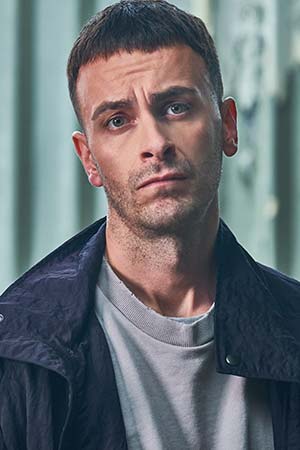 Vinnie constantly battles with his bipolar disorder. He had a troubled childhood. His mum left and his alcoholic, safe-blower dad raised him the best he could. Vinnie blew his first safe when he was seven years old and has been surviving ever since.

Vin lives alone in a shack in the woods on the outskirts of Hawley. The combination of rural solitude and his firm friendship with Dylan and Erin, helps Vinnie cope with his highs and lows. He has street smartness and is dynamically funny with an eccentric intensity.

Vinnie is emotionally intelligent and has a great depth of feeling towards others. Regular visits to his GP, Dr Chris, don't exactly provide him with the help he is looking for but his gang of friends are on hand to give him the support he needs and are the bedrock to his existence. 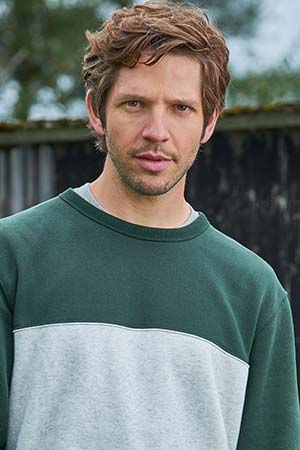 Dylan is Vinnie's best friend. He is book smart and knows how to play a mean game of poker. He is in love with Erin and has a close relationship with her kid, Tyler, but his friends mean everything to him.

Vinnie is like a brother to Dylan and the one person that truly understands him. Dylan passed up a chance to go to uni as he didn't want to abandon his mates and, to Erin's frustration, he hasn't ever really grown up. He occasionally works at Kath's pub but spends most of his time having fun with the lads. 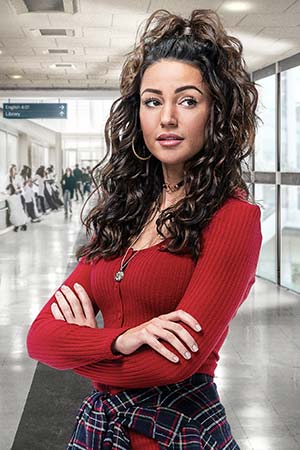 Erin is Dylan's girlfriend. She is fiercely independent, driven and turns heads. A troubled childhood led to a wild child phase in her teenage years that left her alone and pregnant at a young age. But having her child Tyler turned out to be the best mistake she ever made.

Determined to give him all the chances she never had, Erin is studying at college so she can get out of town and start a better life. Erin loves Dylan but he struggles to offer her the stability she needs, let alone the kind of future she craves for herself and Tyler.

Erin recognises that there is a third wheel in her relationship with Dylan, and that person is Vinnie. Whilst she cares deeply for Vinnie, she is aware that his presence is holding her back from her long-term plans.

AKA: Ashley.  Played by: Aaron Heffernan 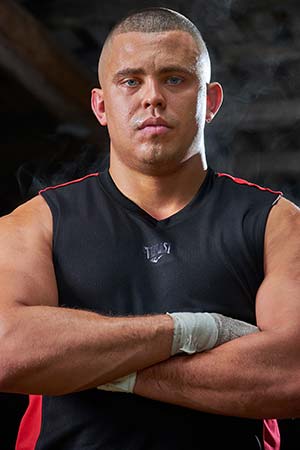 Ash grew up on a traveller site on the outskirts of Hawley. He comes from a proud fighting family and, raised by his hard-hearted mother, he can switch to extreme violence in seconds, which makes him handy to have around as the muscle in the gang.

While Ashley is openly gay to the lads, he chooses to hide his true sexuality from his family. The boys know his troubles and Ash and Vinnie have boxed together for years. Ash finds solace in having mates who accept him completely and it is with the lads that he feels most like himself. 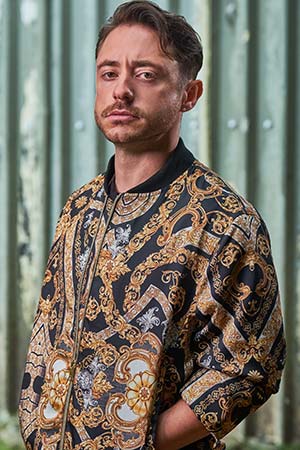 Tommo is a bit of a loner but very content with his lot in life. He has no family and he is happiest when he is wanking or shagging. Turning his passion into a business, he makes money holding secret S&M nights for rich local businessmen, barristers and brigadiers.

Tommo's take on life is extremely liberal: he does what he wants, when he wants and is the one in the gang who never cares what people think. He is loyal to the boys and they are the only ones that seem to give a shit about him; everyone needs someone, and Tommo needs them more than he lets on.

AKA: Lesley.  Played by: Tom Hanson 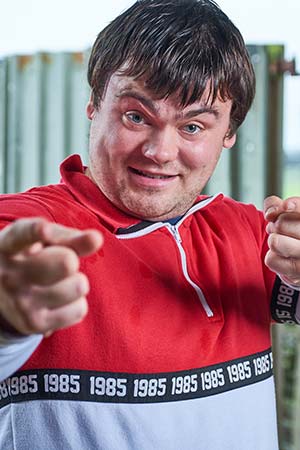 Cardi is a bit of a sweetheart. He just sees the good in everyone. The guys affectionately call him Cardi, short for Cardiac Arrest, due to his mounting body weight and unhealthy lifestyle. He is from a big estate family and when his parents kicked him out, he just moved into a flat above the Kebab shop: heaven.

Cardi does struggle with confidence and has been bullied about his weight and stutter. In fact, Cardi met the lads through Ash who stepped in to stop Cardi from being being beaten up by a bunch of taunting teenagers. His role in the gang is that of a runner: fetching gear, dropping things off. Small things that he can't mess up. He feels most at home in the Kebab shop where he is something of a local hero and celebrated winner of every Kebab eating contest.

Cardi's other love is for his pet pigeon Nigel. Nigel means everything to him. 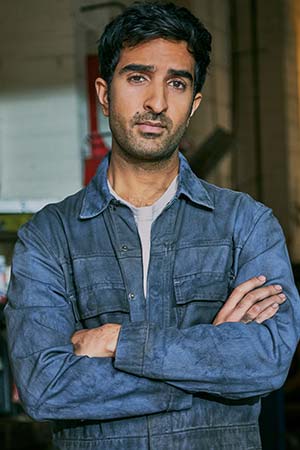 JJ is from a small Asian family. His older brothers went into medicine and law but JJ takes after his father who is the black sheep in the family.

After a failed attempt at college, going to purely impress his mother, JJ set up his own motor workshop in Hawley. To keep the more legitimate side of his business afloat, he relies on Vinnie to bring him dubiously acquired cars. He chops them up and sells them on for parts and spares.

JJ is hardly averse to a bit of dodgy dealing and his place in the gang is cemented as the fixer and technician of the group. If the gang need a vehicle, JJ can offer a solution however unconventional it might be.