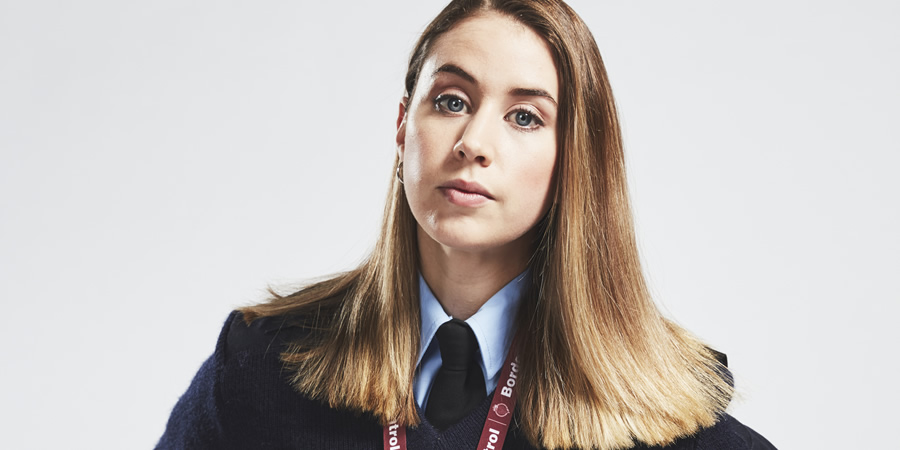 Borderline, the semi-improvised sitcom observing a team of border guards working in an airport, is back for a second series. Here we catch up with Liz Kingsman who plays the dry and witty Andy Church in the show.

Hi Liz. What is different in Series 2?

Borderline 2 is almost unrecognisable with Northend Airport's new terminal - there's several new mugs, Tariq and Andy's desks are now the other way round, and Proctor's had an excellent haircut. These are the sorts of game-changing developments you can expect from the explosive second series.

What is Andy up to?

Andy is still very much at Northend, much to her chagrin.

You can expect a range of put-upon facial expressions and the debut of her "jumper off" look.

Is Andy / Tariq still a thing or has he totally blown it?

'Andy / Tariq' or 'Andiq' or 'Andy and Tariq' is no longer. They've agreed it's absolutely for the best that they definitely just be friends 'cause it's for the best and that's a good idea for everyone and it's actually great.

Is Proctor still after a burgeoning friendship?

In Proctor's mind the friendship is fully burgeoned. 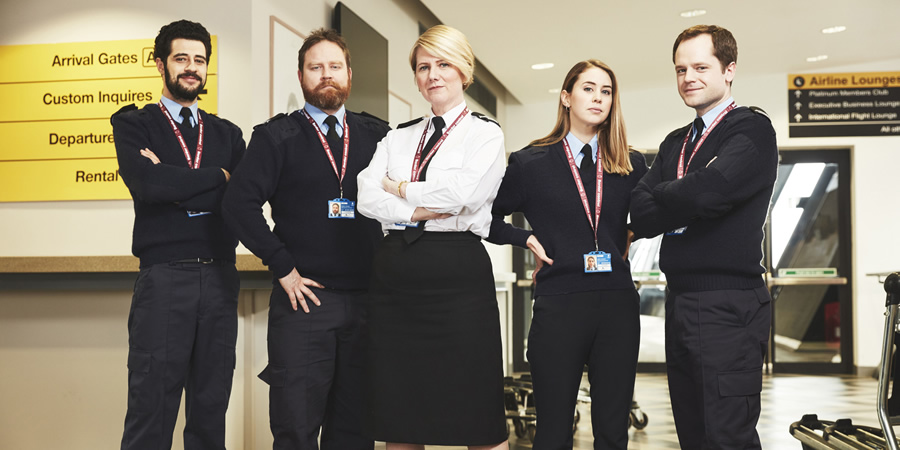 How is it for an actor to return to a character?

Returning to Andy is like putting on a cosy old pair of socks, and then going to work and dialling up all of the worst parts of my own personality.

We heavily workshopped the characters when we were first cast, so they are loosely based on 'comedic' versions of us. Andy's deadpan demeanour is 98% just me, so it's nice to be able to get it out of my system in a safe place. And the same goes for the other cast members - Jackie Clune has a wicked dark sense of humour that permeates everything Proctor says, and David Elms is a total buffoon.

Guz Khan and Sunil Patel, who play baggage handlers Mo and Suj, are the polar opposites of each other in real life, which translates so perfectly into their baggage handler double-act. I smell a spin-off... (weirdly, I can smell sitcoms).

How do the cast get on behind-the-scenes?

The cast get on stupidly well. I think because we were improvising together from day one of rehearsals, the set was an immediately lovely, encouraging place to be. Plus it's great that Guz and Sunil are a much bigger part of the second series. If you're looking to bond a group of misfits, I can highly recommend sending them to a disused airport in Coventry for a long stint of time.