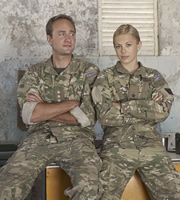 Mary reveals a secret about her past before she became a padre and Nick tries to take full advantage. Bird is offered a promotion.

This episode was originally scheduled as the fifth in the series, for broadcast on Tuesday 2nd April.