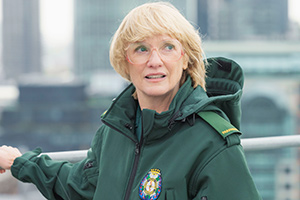 Newly separated from her husband, Wendy has moved from Nottingham to London to make a fresh start. Freed from a dull domestic life, she's determined to meet new and interesting people and will talk to anyone. She's impulsive, optimistic and evangelical about the power of positive change in your life, but with no money, no friends and no social life, Maleek is her only real confidant. 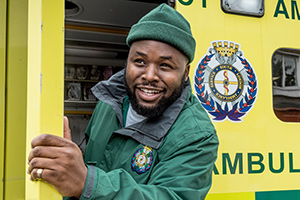 Maleek is a 'road man' turned paramedic with loads of swagger, but not much to back it up. He pretends he's a big deal in his area and a role model for young people, but he's widely known as a figure of fun. He's petty, easily offended, untrusting of strangers and doesn't like to get involved with patients, or even colleagues. But behind that front, Maleek's a sweet and vulnerable guy who's dedicated to the job. He'd love to be seen as a hero and respected by his manipulative dad. 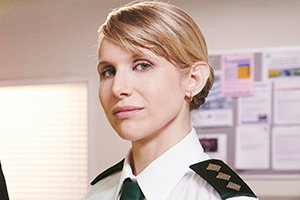 Boisterous ex-army Jo oversees the paramedic team and acts as Incident Commander at complex scenes. She has no time for Maleek's delusions and even 'people person' Wendy finds her hard work. Jo exudes professional authority, but is less good at the softer, human side of the job. She's deeply infatuated with brooding widower Lawrence but struggles to make him notice her. 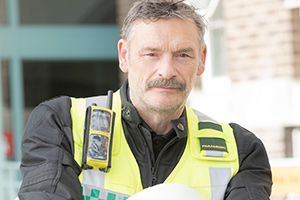 Motorbike paramedic Lawrence lost his wife 10 years ago, but is still haunted by grief and struggles to let happiness back into his life. The trauma of the job forever reminds him of losing Karen, in fact everything does, but underneath the angst Jo sees a charming and handsome single guy that she is desperate to bring out. 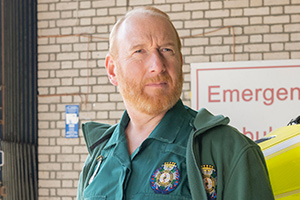 Mild-mannered Gary is the station's longest serving paramedic. By his own admission, he's part of the furniture, built for comfort, not for speed. He takes great pride in training up new paramedics, but he's too caught up in the mundane details of the job to ever progress himself. When he's tasked with mentoring Kareshma, he finds his happy-go-lucky nature pushed to breaking point. 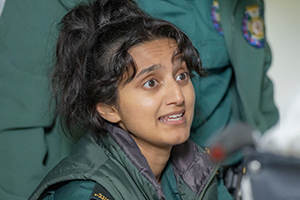 Kareshma is a psychotically driven trainee paramedic, who sees herself on the fast track to Jo's position. Beyond that, no one knows exactly how far her ambitions go. The twin sister of a successful A&E doctor, Kareshma blames a bout of glandular fever for ruining her A-levels and won't let anything else stand in her way. 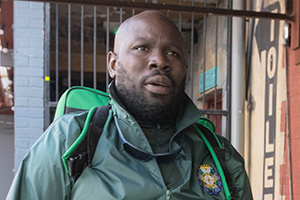 Perfectly-matched paramedic duo, Darrell & Darryl live together, work together and play together - including karaoke nights for just the two of them and mini breaks to Europe. 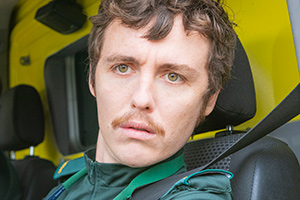 Darrell & Darryl are way too close and they struggle to operate solo. Although they love Maleek and constantly cheer him on, he's convinced they're his enemies and plotting to make him look bad.