Political thriller in which the fictional Prime Minister Michael Callow faces a huge and shocking dilemma when Princess Susannah, a much-loved member of the Royal Family, is kidnapped. 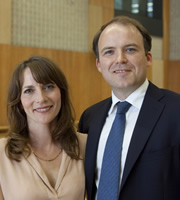 The National Anthem, is a blackly comic drama written by Charlie Brooker.

A twisted parable for the Twitter age, The National Anthem looks at how information is now disseminated so quickly and public opinion now so loud, powerful and quick to change, that life is very much harder for the rich and supposedly powerful.

It's a political thriller in which the Prime Minister faces a huge and shocking dilemma when a much-loved member of the Royal Family is kidnapped.