After a break of 15 years, the Essex-set sitcom Birds Of A Feather is returning to TV. If you've not already heard, ITV has ordered a tenth series of the show (Full Story).

In the new series we'll get to catch up once more with working-class Essex sisters and rivals Sharon (Pauline Quirke) and Tracey (Linda Robson) and their eternal 'frenemy', the man-eater Dorien (Lesley Joseph). The first episode sees the girls back together under the same roof again, having met at a book signing... not the usual place you'd find them, but now Dorien's writing Fifty Shades of Grey cash-ins, they thought they'd take a look! So what's changed for the girls? And how will they cope when more of Tracey's chicks unexpectedly return to the nest?

The eight new episodes, overseen by original writers Marks & Gran, have now been filmed, with the first episode set to be broadcast on the 2nd January 2014. 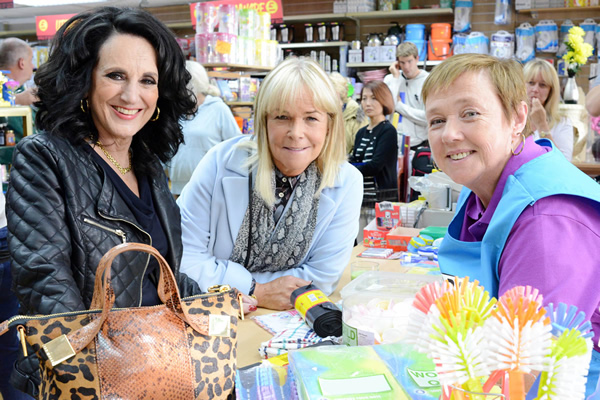