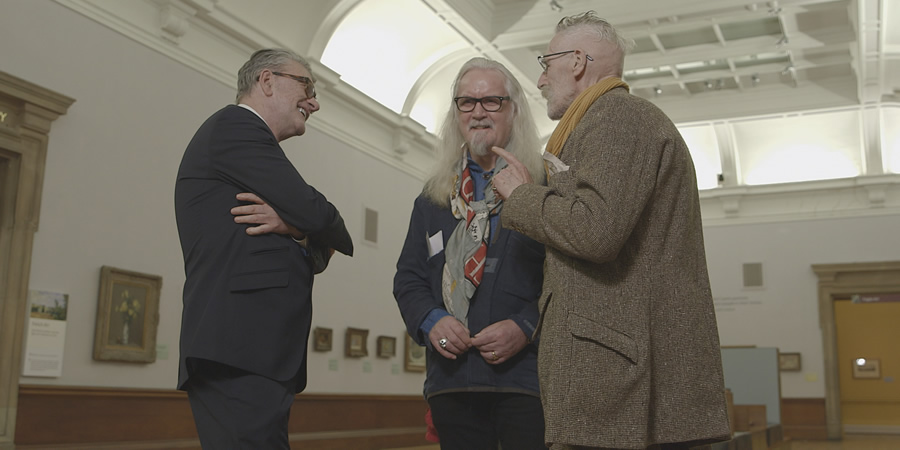 Billy Connolly: Portrait Of A Lifetime

As his old friend John Byrne says, Billy Connolly is "a phenomenon. He is... larger than life."

Working in conjunction with Glasgow City Council's City Centre Mural trail and Art Pistol Projects, these have now been translated into stunning and dramatic wallends in Dixon Street, Osbourne Street and the Gallowgate. Pictures

And in the wake of these going up, this programme reveals the inside story of the project with Billy meeting and posing for the artists to talk about his life, career, art and philosophy.

The programme sees Billy chatting about their early days together with John Byrne... discussing a gig in Methil with Jack Vettriano... And getting made up in blue and pink tinged make-up, and donning a wonderfully outlandish outfit adorned with motifs from his career, for his photographic session for Rachel Maclean's digital print.

Then Billy reviews their finished artworks. Along the way there are also some classic clips of Billy at his best on stage. With the murals already on display in the city centre, the original portraits will - the day after the programme - go on display in Glasgow's People's Palace too.

BBC Arts Digital is asking people to submit their own portraits of Billy Connolly. The best of the submissions will go on display in the People's Palace in tandem with the original artworks. The portraits can be submitted via social media using the hashtag #BigYinPortrait by Facebook, Twitter or Instagram or by emailing bbcarts@bbc.co.uk. More details 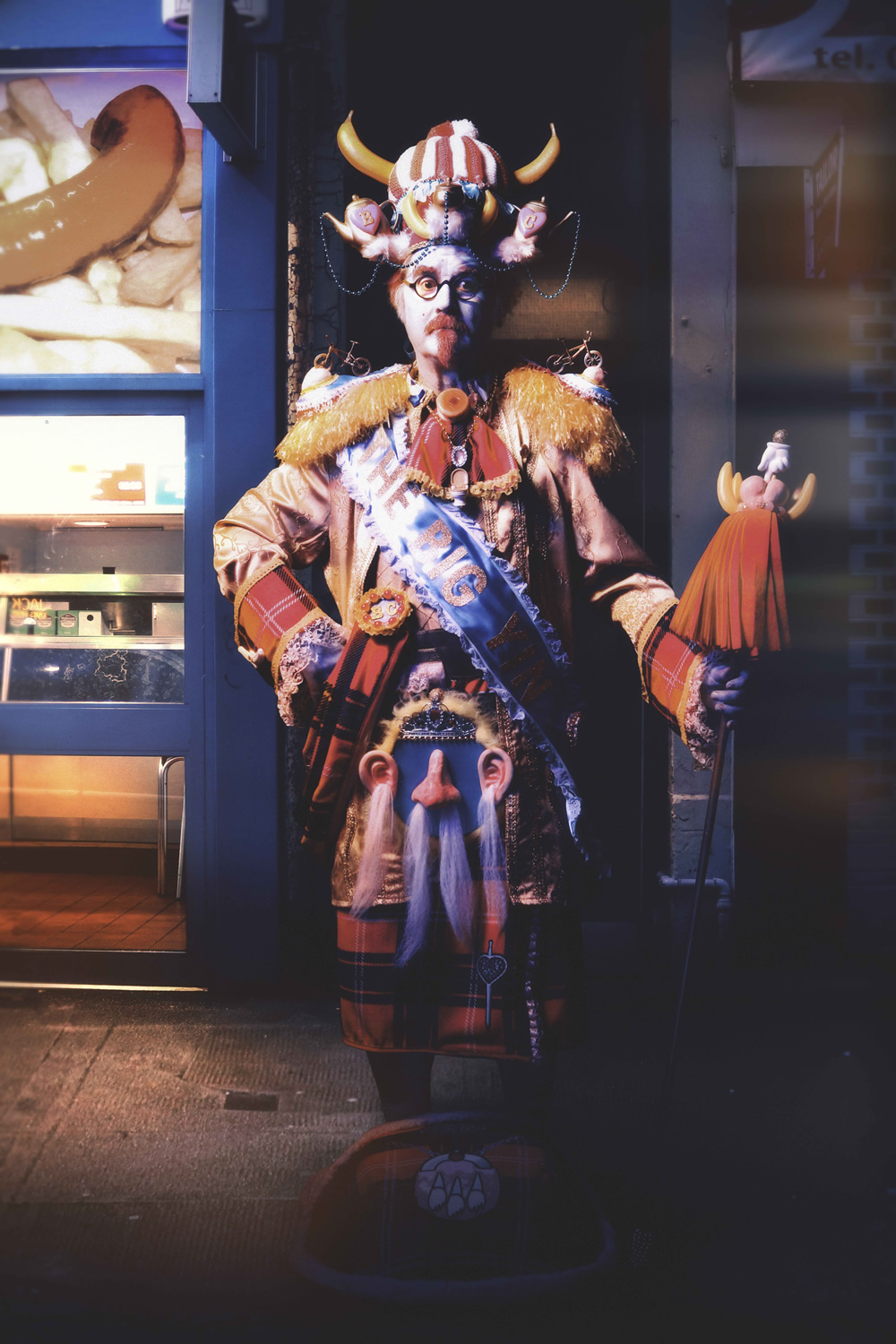 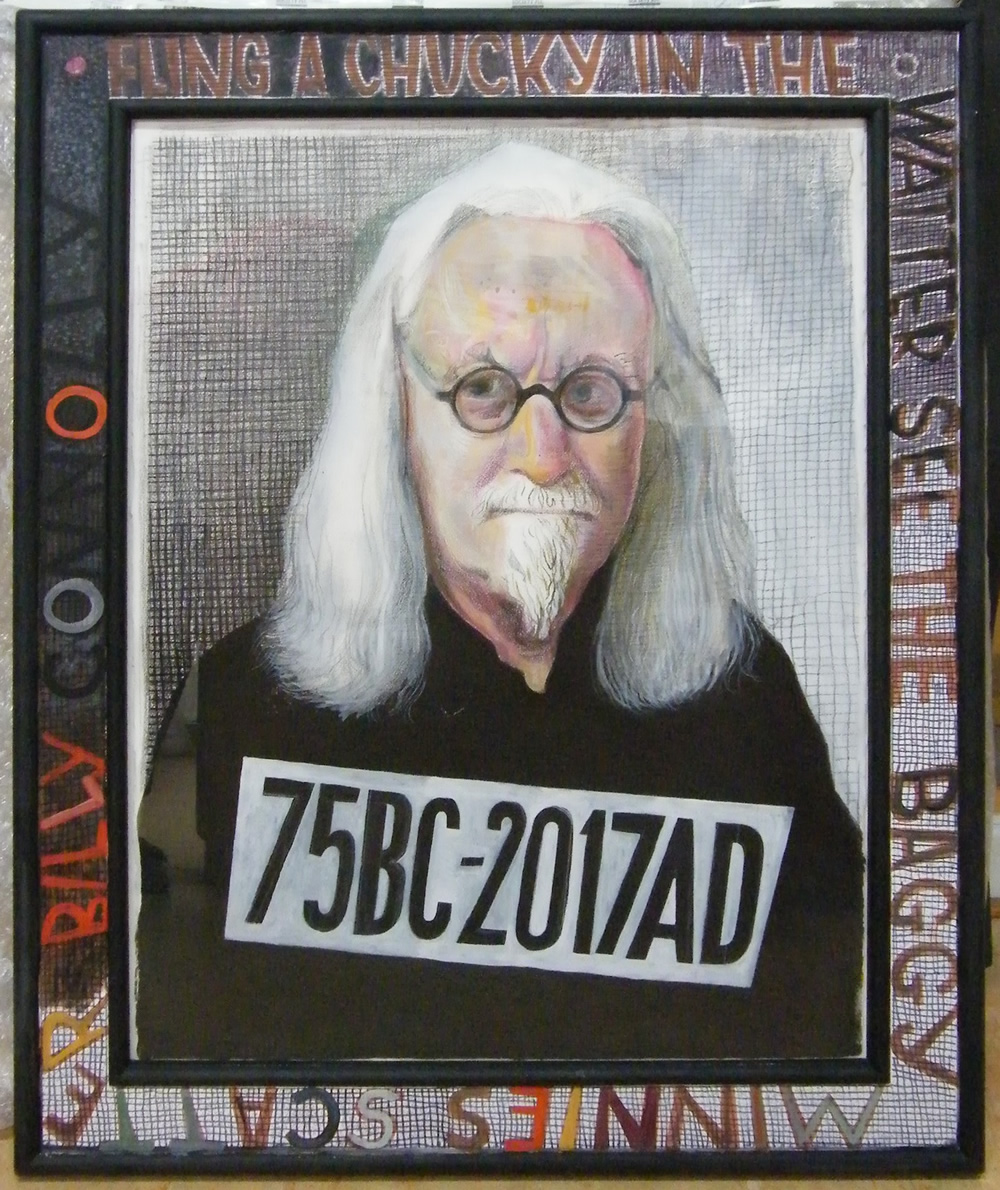 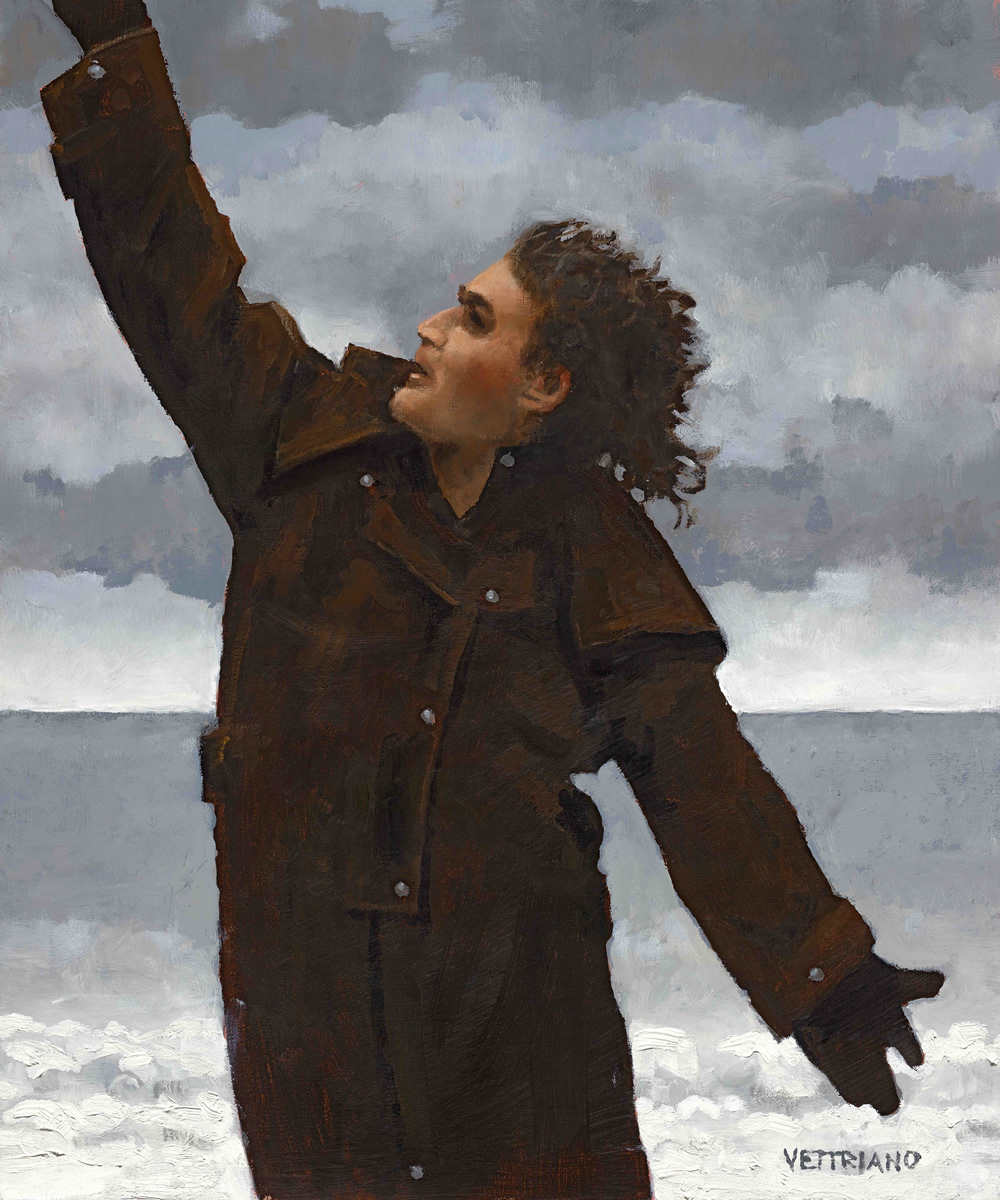