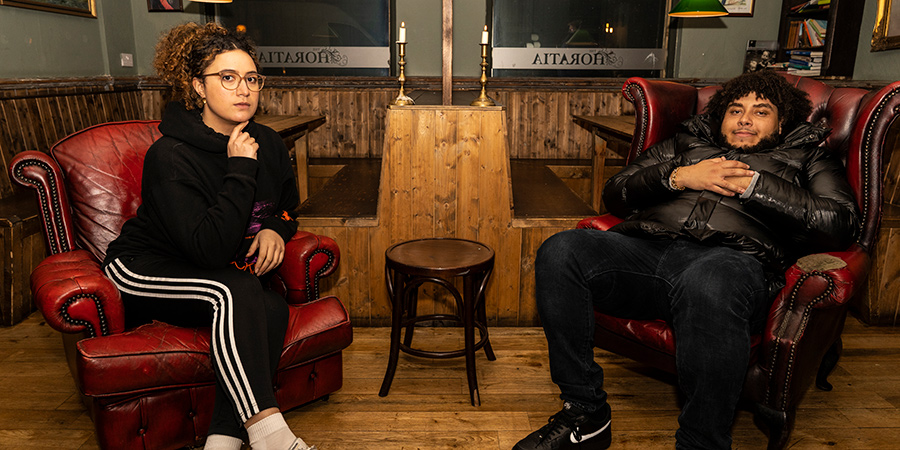 Zuu, Tubsey and Hyder cook for their first New Zealander - comic, actor and writer Rose Matafeo. It's a chance to delve into some iconic kiwi dishes - including a special dessert known as a lamington cake.
Preview clip

Rose is a huge fan of K-pop and having enrolled in an energetic dance class wants Zuu and the boys to cook her a post work-out feast.

It's an opportunity for Zuu to explore all things Kiwi - including the classic New Zealand pie and a unique desert known as a lamington cake. 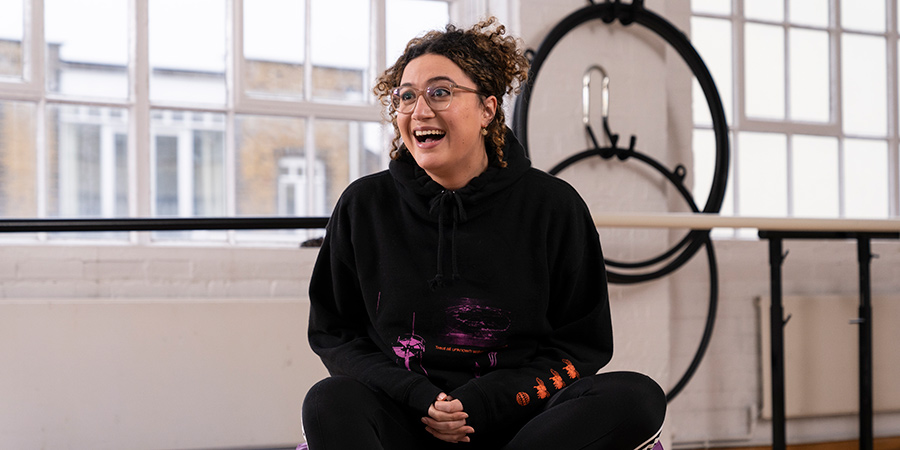 Why did you sign up: are you a foodie?

Yes, very much. And some of my friends had already done it like Phil Wang and Ed Gamble and I thought, "I could do that". It was basically out of jealousy and also hunger. I love eating food anyway but when it's being made especially for you I'm like, "Of course, absolutely".

What is the cuisine in New Zealand?

There's a deep, long history of indigenous and Polynesian food. I'd say also though it's quite a multicultural melting pot so there's lots of different flavours going on there.

For me, I'm Samoan, Croatian and Scottish so I've got lots of heritages within me.

I'd say iconically New Zealand dishes are meat pies, lamb obviously, pavlova is a very New Zealand thing. It's a hotpotch. It's hard to define. Britain's the same, isn't it? It's similar stuff.

And for you growing up, what was food like?

So the Croatian food would be like this dish called blitva that's potatoes and cabbage and olive oil, or fritule which is a kind of doughnut. Then the Scottish side we'd have tattie scones and then, weirdly, the Samoan side was a lot of corned beef, that was a big thing there.

Who was the cook in your house?

Probably me to be honest! My mum just gave up and made sandwiches for dinner. She was over it. As I got older I took over. It was a bit of a 'cook for yourself' family anyway. I sort of taught myself by grabbing whatever was in the fridge. I learned from necessity. And it's a good way to teach your kids out of necessity and hunger. My parents were smart! 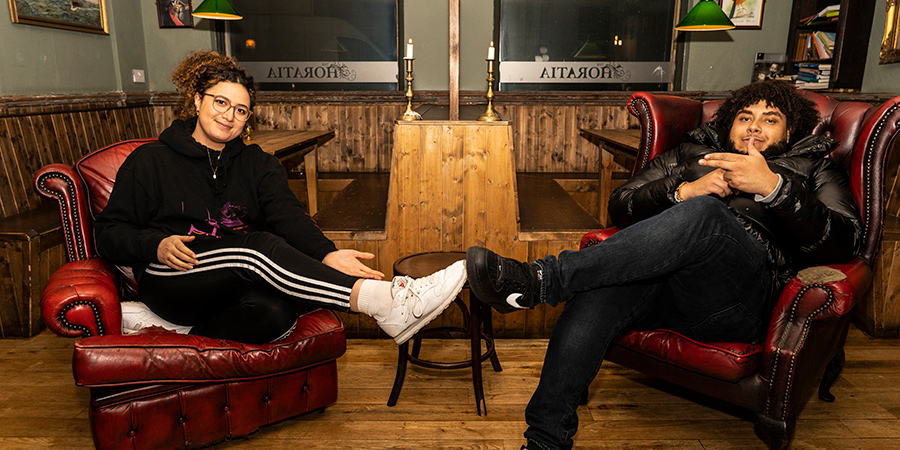 So when you moved to the UK, it wasn't a culture shock in terms of food then?

I know! I already knew all about corned beef! There's a lot of cabbage and stuff at home too. There's a pretty big English influence on New Zealand food but it's maybe not the best side of your cuisine. New Zealand and England are probably a bit similar in that the best food is influenced by other countries! I can't think of many things here that I didn't know about. Pork pies never made it to New Zealand and I'm thankful about that.

And your parents were Rastafarian?

Yeah, that was interesting and cool to grow up with. They eat a lot of Ethiopian and Jamican food like goat curry and cornmeal and I love all of that stuff, it's delicious. It was great food to grow up with.

What does food mean to you?

I've definitely got an emotional relationship with food, not in a bad way. It makes me happy. I've never properly been able to diet because I have no will power. Obviously I'm just going to eat what I want to. I'm bad at not doing that. Some people are very joyless about food and I don't understand that at all. I don't see the point in living without wonderful food.

What did Zuu cook for you?

So he made me some delicious tuna onigiri rice balls with some tempura fries and seaweed bits on the side. It was particularly delicious as I hadn't eaten much like when you know you've got a buffet coming.

That's what I would eat every lunchtime when I was 17. I'd get them for $1.50 from a dodgy outdoor place in the summertime. It was a very cheap High School lunch so I had a lot of nostalgia around that.

What effect has your career had on your eating habits?

It's the most amazing thing about my job, is that it's taken me to places I would never have travelled to ordinarily. America and Australia and everywhere. It affords you the opportunity to stay in places for a while and get to know the food culture there. You can't cook for yourself because you're in a hotel so you eat out all the time.

That's how I know Melbourne food so well because of the comedy festival there. The same with Edinburgh. When you've travelling around doing gigs in smaller towns that don't have such good food, that's not as nice an experience as when you go to foodier places.

Finding good coffee is the hardest thing for me. Coffee that is not from New Zealand is bad. I know every not-terrible place there is in New Zealand too.

The person who has to find somewhere to eat at night when you're at a comedy festival is a huge responsibility and one that comedians can often fall out over. I remember once being away with Nish Kumar, Ed Gamble and Joel Dommett, and Ed was the person to follow around. He sniffed out all the best places.

There's a place in Melbourne called Chinabar that's open 24/7 and it's the best. You don't have to get up in the morning and your whole body clock is screwed. You become like a vampire.

What would be your last meal on earth?

I don't know because would I want it to be something light so I'm not too heavy and groggy as I pass on? Or would I just stuff my face? It's such a hard question.

Either the best steak of my life, like a Japanese steak cooked medium-rare, or a Malaysia laksa. If that was the last thing I ate, I'd be pretty happy. With a very dirty martini or a manhattan.

Well, KFC is not good in this country, I'm sad to say. Whereas Nando's is bad in New Zealand and good here. But I don't know about this question because I never feel guilty. There's no guilt whatsoever. Probably the worst thing I've done recently is order waffles on Deliveroo which I do think is quite bad.

What's your best dish to cook?

I could do a pork belly roast, that's quite an impressive dish to put on. Or I cook a lot of pasta, like spaghetti with clams. I like cooking. I don't mess about. Something nice and hearty. 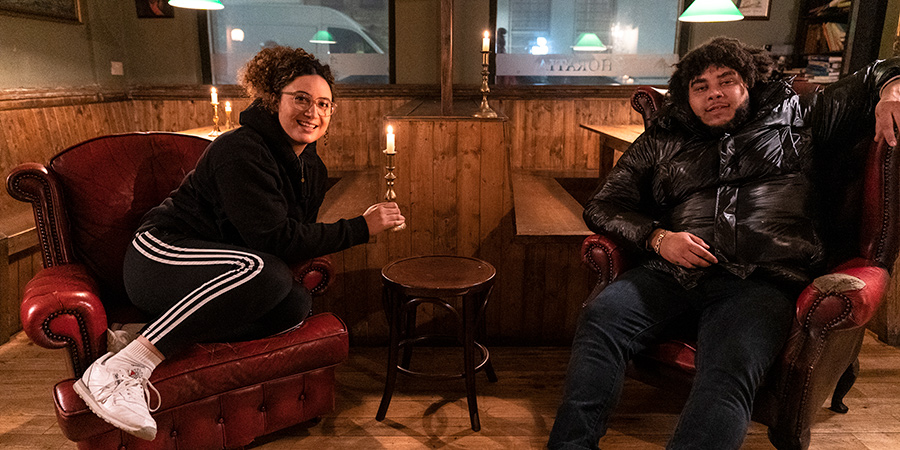 Anything you think you shouldn't eat on a date?

I honestly wouldn't know because I haven't been on a date for many years! I don't even know how to answer that. Also, on any date I'd go on I think the food would be the main focus and I wouldn't give a toss what I looked like eating it. The person I'm with would be a garnish to the food.

The thing I'd think about more would be what is awkward to eat alone? Because I eat alone a lot and I think a ramen, for example, is fine. A big steak and a martini - which I have done - possibly looks awkward. I thought it might look a bit odd when I did it but I enjoyed it.

How has life changed since you won the Edinburgh Comedy Award?

It hasn't really got busier because I've always been really busy. I won £10k and I bought a really nice frying pan and a chair! I'd been dreaming about this chair for about three years and I finally bought it. I think it's a sign I might stay in the UK a little bit longer. I got highlights in my hair as well.

What does the future hold for you - do you prefer the stand-up or writing and acting?

It's hard to tell at the moment because of the pandemic but to be honest even before that happened I think I was leaning a bit more towards the writing and acting, and hopefully directing at some point.

I hate doing the same thing and I get very easily distracted so I think whatever I do, I just have to keep switching it up so I don't feel like I'm going crazy.

Big Zuu cooks up a chicken zuudle laksa for comedian, actress and TV presenter Rose Matafeo. Ditch those refined table manners because this Malaysian dish deserves to be eaten LOUD!