Les/Lesley discovers some of Donald's clothes on the nudist beach - and it seems that Donald has left Jacqueline a note. 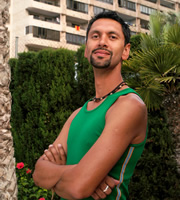 The Garveys are gearing up for the opening of Madge's new bar, but when Lucky Kev arrives with some free tickets for a theme park, Mick packs the women and children off for the day. Pauline turns to the bottle as she awaits news on her divorce.

Jacqueline, Kenneth and Gavin head off to pay their respects to Donald - but nothing goes to plan and Jacqueline is involved in a rather unusual water-skiing accident.

As Gavin's patience with Kenneth reaches its limit, Troy appears - and brings some life-changing news.