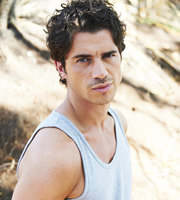 Handsome, absurdly confident and blessed with the gift of the gab, he is a natural born actor.

A silver-tongued Lothario, Flynn may be the one who bagged the gig, but his libido is a liability which threatens to bring the entire summer to a premature end... 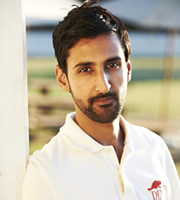 A-Rab is coaching "soccer" to the Goths and geeks, but he's not your typical jock. When he arrives at Beaver Falls, he is nursing a broken heart and is more likely to be found in the toilets crying than with the kids he's supposed to be counselling.

However, true love waits in the form of the camp's guidance counsellor Rachael. If he could just get himself together and grow a pair. 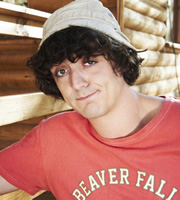 Barry (whose real name was David Fletcher but as the result of a practical joke is legally now just Barry, no last name) is the stoner games junkie, with a degree in computer science and a casual relationship with personal hygiene.

Barry oversees the technical capabilities at Beaver Falls and the main perk of the job is that the computer room overlooks the lake and comes complete with stunning views of super hot lifeguard Kimberley. 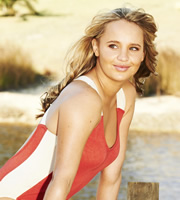 As the camp lifeguard and swimming instructor, Kimberley spends a considerable amount of time looking hot in a swimsuit.

But she's no bimbo - smart, funny and with a bit of a wild side, her enjoyment of getting stoned (unbeknownst to her boyfriend) is a symptom of an unlikely rebellious streak and the basis of an offbeat friendship with Barry. 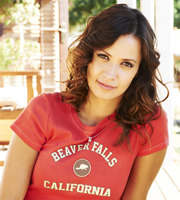 Camp guidance counsellor Rachael is the person our campers (and counsellors) go to when they're feeling unhappy, homesick or just downright heartbroken.

Caring and genuine, Rachael is great at her job - there's just something about her that makes people want to tell her everything.

As a result she's the one person on camp who really knows what's going on... something that might lead her into tricky waters when she becomes central to a secret lurking between our three Brits. 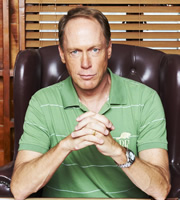 An uptight, petty-minded bureaucrat and stickler for rules, Bobby pours all his energy into his beloved Beaver Falls. He'd like nothing more than to run the camp as his very own personal fiefdom.

Bobby might appear to be the archetypal authoritarian, but beneath the surface there is a sense of quiet desperation about Bobby and it doesn't take much to make him crack.

Bobby hates the Brits almost on sight. He doesn't care how many castles they might have back home, the Americans kicked the British out once and, by god, if those three boys don't toe the line - his line - he'll be more than happy to do it again! 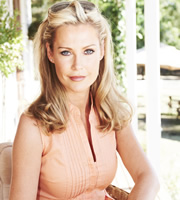 Sexy 40-something Pam may be married to Bobby but she isn't about to let that stand in the way of her summer.

Putting up with Bobby isn't easy and if Pam needs some extra-curricular activities with one or more of the counsellors to ease her through the next six weeks, then so be it.

She's better preserved than her husband, but in the cold light of day noticeably older than the counsellors. This doesn't stop her being a Beaver Falls sex symbol though, for the campers and counsellors alike.

But this year, her penchant for hot counsellors could get everyone in trouble... 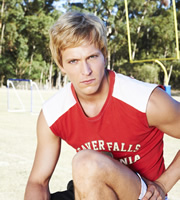 Square-jawed Jake is the resident American Football Coach, Beaver Falls poster boy and all round nemesis to our heroes.

He's sporty, all American and idolised by his charges... who are all wannabe-Jakes. As Head of the Locker Room and its resident jocks, Jake considers it his personal responsibility to ensure the tradition of the Jocks bullying the kids deemed lower on the food chain, continues, year after year.

As far as he's concerned (and in line with his dreams to join the military), losing is not an option and weakness will not be tolerated.