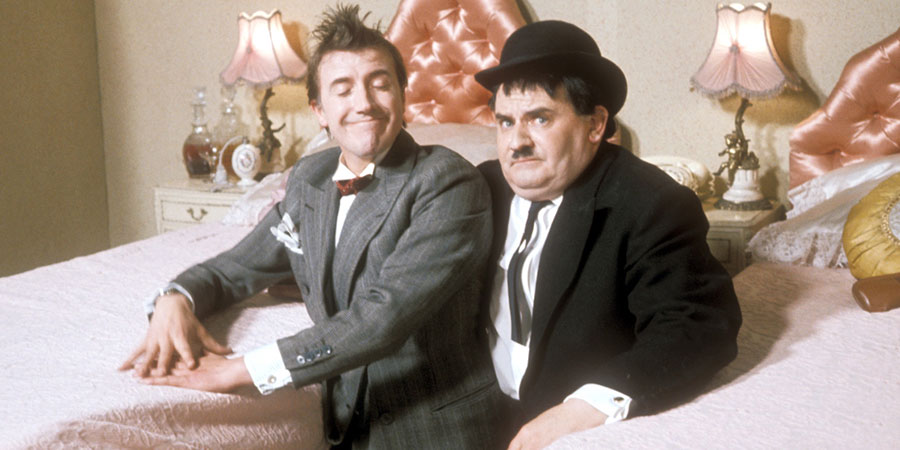 One of the Seven Of One series, Another Fine Mess is a tribute to legendary double-act Stan Laurel and Oliver Hardy.

American Harry Norvel (Ronnie Barker) is stuck at home as his mother-in-law has died and his mourning wife won't let him leave the house. However, Harry wants to go out so that he and his dim friend, Sydney Jefferson (Roy Castle), can take part in a fancy dress contest, which they plan to enter as Stan and Ollie. Their attempt to go out leads to an adventure not too disimilar to the original double-act.