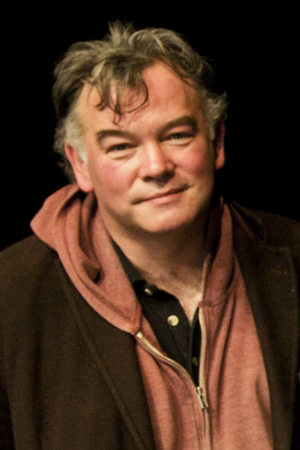 How and why did you become involved in The Alternative Comedy Experience?

The idea was to film comedians in their natural environment and to chose acts that were interesting, surreal, clever, or political to appear on the usual TV stand-up showcases - all the kind of acts that comedians themselves like.

How do you think The Alternative Comedy Experience differs from other stand-up shows?

The acts are much better and more interesting than on any other TV stand-up shows; there are no edits that cut away to approving laughing celebrities or punters in the crowd so the onus is on the viewer to engage their own brains.

The venue we use - The Stand in Edinburgh - is small and holds about 150 people so we have captured a much more exciting and genuine atmosphere than in any other TV stand-up show.

Acts were encouraged to improvised and go with stuff that happened in the room so there are far more spontaneous unrepeatable moments in ACE than in any other TV stand-up show.

As you say, you film the series in a small venue - how does that affect the experience?

There are reasons why we've done the show the way we have, and it's not in a dimly lit small room as a cost-saving exercise. When you stand on those big arena stages, the ongoing roar of approval is like listening to the sea through a seashell. It's exciting to be in small rooms, hear individual responses and see comics genuinely improvising in the moment.