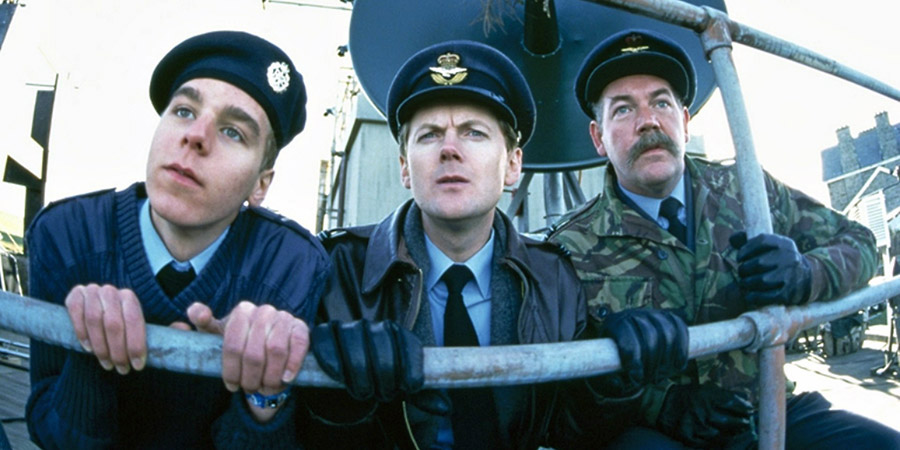 All Along The Watchtower

An all-but-abandoned RAF early warning station in the middle-of-nowhere, Scotland, is threatened with closure

RAF efficiency inspector Flight Lieutenant Simon Harrison (Christopher Lang) is sent to conduct a review of RAF Auchnacluchnie, perched high on the cliffs above a small Scottish fishing village of the same name.

Upon his arrival, Harrison finds that due to some gross administrative oversights, the base is staffed by just two men; Wing-Commander Hilary Campbell-Stokes (Roger Blake) and Airman Tench (Felix Bell). Despite continuing to receive provisions for all 300 who are supposed to be there!

Harrison initially writes a damning report recommending closure of the base, but on realising the effect its demise would have on the local village - and after falling for publican's daughter and schoolteacher Eilidh Guthrie (Zoe Eeles) - he files a falsified version. Consequently, the RAF (still in the belief that 300 men are stationed at the site) decide to increase the staff by one, and since he is already in the area, Harrison is told to stay.