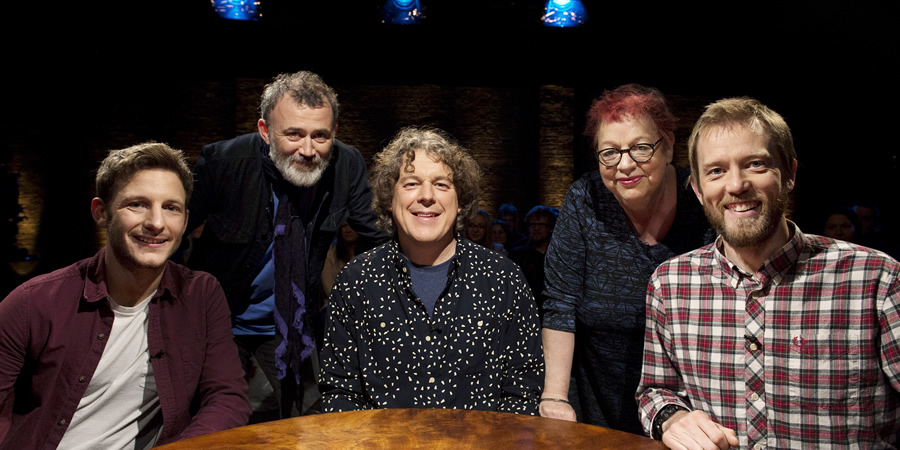 Alan is joined by Jo Brand, Chris Martin, Tommy Tiernan and Alun Cochrane to discuss such varied subjects as modern male grooming habits, dating unsuitable men, communicating with the 'other side' and using elongated periods of comedic wonderment to deal with anger management issues.
Preview clips

This episode's title was declared as Loose Men With Chris Martin.

Jo Brand talks about the unsuitable boyfriend she had.

Alun Cochrane is not as funny as the dog

Alun Cochrane's son thinks he is less funny than him.