With top international male mode David Gandy; RuPaul talks about his TV show RuPaul's Drag Race; Caroline Flack chats about the new series of Love Island; while music is from Maroon 5, who perform their single Sugar. 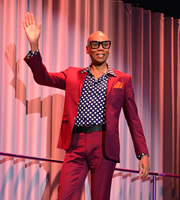 Alan is joined by the fabulous RuPaul who'll be chatting to Alan about his TV show RuPaul's Drag Race launching soon on UK television.

Also on the show is new X Factor co-host Caroline Flack. Caroline will also be chatting to Alan about the new series of Love Island for ITV2.

Plus international top male mode David Gandy will be on the sofa.

Music is from Maroon 5 who will be performing their single, Sugar. Front man Adam Levine will also be chatting to Alan.