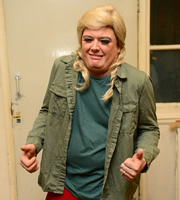 After the success of Alan Carr's New Year Specstacular 2013, he has decided to do it all over again to celebrate New Year's Eve 2014. Once again Alan and his celebrity guests will be running riot around Channel 4 HQ bringing in 2015 with unpredictable madness, party games and special guests.

Alan is joined by a host of stars live in the studio including Jonathan Ross, James Corden, Seann Walsh, Alesha Dixon, Mark Wright and Caroline Flack.

Stars of the recent series of I'm A Celebrity - Vicky Michelle, Jimmy Bullard and Jake Quickenden - will be manning the bar for the night.

Live music is from Tulisa and Professor Green.

Alan is White Dee in 'Wolf Of Benefit Street' 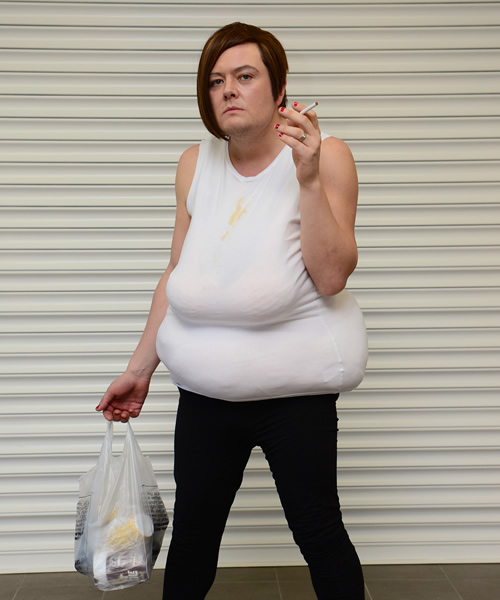 We follow the story of White Dee as she leaves the Benefit Claims Office behind after being discovered by a big-time agent who promises her a whole new world of fame and fortune, with appearances at star-studded venues like Butlins, Chico's nightclub, Brannigans fun pubs, and the holy grail - an interview in Take A Break.

However, as the trips to Magaluf and 4 packs of lager pour in, Dee soon finds herself a changed women as she begins trading her pot noodles for Lidl lobsters and favouring the more expensive lagers in the corner shop. White Dee was living the high life and loving it. But it doesn't take long for old habits to creep back in, as White Dee soon finds out after a trip back to the Benefit Claims Office...

Everyone knows that celebrity status comes at a price, and it's after a stint in the Big Brother house that White Dee's world finally comes crashing down, as she is arrested for indecent exposure by special agent Gary Busey, taking her right back to her beloved Benefit Claims Office once again.

It's a difficult job looking after celebrities in police custody, and as we quickly find out, while some celebs are cut out for it, others simply are not. Once a suspect is in custody the police have 24 hours to investigate and interview. After that it's either charge or release. 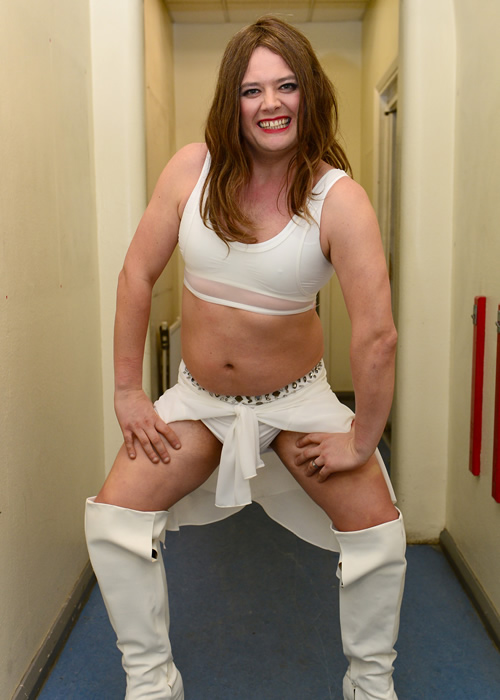 The first celebrity offender to appear in this episode is Cheryl Cole, who tries to cheat her way out of her deception sentence for miming on the X Factor by stating a ridiculous fake name: Cheryl Fernandez Versini. When up for questioning, Cheryl proves her tough Geordie persona by denying all charges and refusing to comply, choosing instead to try and dance her way out of the situation. 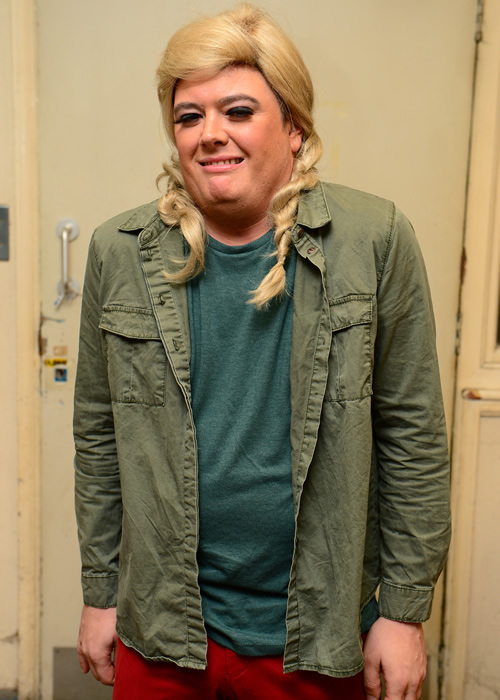 Some inmates however aren't quite as tough, and we are given exclusive insight into the torments of TOWIE's own Gemma Collins. After a long and harrowing 56 seconds in police custody, Gemma is at breaking point, having eaten her mattress and pillow from sheer starvation, she begins confessing to all manner of crimes, including her preference for Made in Chelsea.

Will any of these repeat offenders finally learn their lesson? Find out in 24 Hours in Celebrity Police Custody.