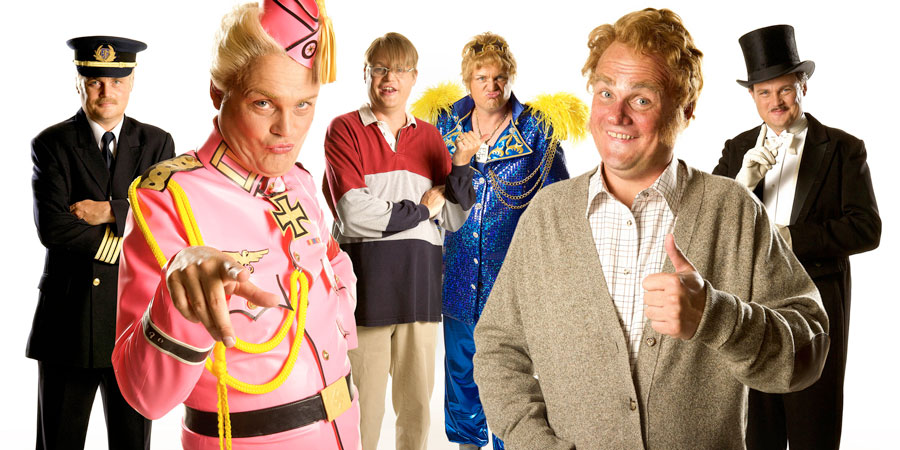 Sketch show in which Al Murray plays a range of characters

In Al Murray's Multiple Personality Disorder, the comic showcases brand new characters for the first time since creating The Pub Landlord in 1994.

Barrington Blowtorch - the silver-tongued Victorian gentleman thief who can always talk his way out of a sticky situation.

Horst Schwull - Hitler's most trusted aide, who's just a little on the 'kamp' side...

The Radio Ad Couple - a husband-and-wife team who voice radio commercials and never, ever turn off the adspeak.

Intolerant Vicar - the Scottish clergyman who likes to keep things traditional. Apart from his temper.

Roger Dennis - the airline pilot who always gives his passengers a little too much information over the tannoy...

The Celeb News Tramps - a pair of homeless chaps who chat about what they glean from the newspapers they sleep under.

Mobile Phone Shop Assistants - a shining example of the best customer service the UK has to offer. Not.

Jason Bent - the Premiership footballer who's always ready with a memorable soundbite after the match.

Lee Nelson - philosophy for the modern age, according to a misguided cheeky chav from Bermondsey.

Duncan's Den - entrepreneur Duncan Bannatyne is looking to invest one million pounds in a new business venture. Unfortunately, desperate divorcee Carole Price is pitching most of the ideas...