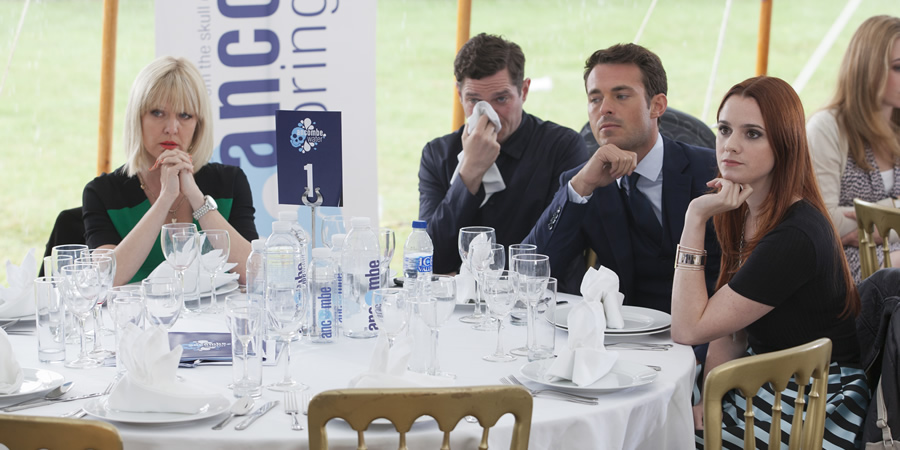 Series 1, Episode 3 - The Wellspring Of Death

Love, murder, danger - Agatha gets far more than she bargained for when Roy persuades her to take over the PR for a mineral water company that's looking to make a killing from Carsely's natural spring. As the villagers split over whether to allow the firm access to the water, they get a shock when Parish Council chairman Robert Strutters, the man with the deciding vote, is found dead in the spring.

As James decides to investigate with new girlfriend Mary Fortune, a jealous Agatha falls into the arms of suave bottled water boss Guy Freemont. Temporarily forgetting about James, Agatha is head over heels. But could he be too good to be true?

As a second body is found in the village, Agatha's competitive streak emerges and she enlists Gemma's help to try to beat James and Mary to the culprit. However, she makes a dangerous mistake when she decides to confront the killer alone.