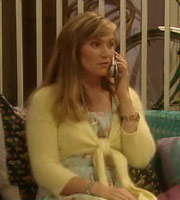 Bex is nearly 30 and stuck in a life of almost. Almost in a proper relationship, almost with a good job and almost a size 10. Ok, size 12. Life is not how she thought it would be, "with the husband, the kids and the career as a high-powered lawyer/swimsuit model".

Bex is intelligent and quick-witted but sometimes a little lost in the modern world of speed dating and go-getting career women. Desperate for more, she's not quite sure how to achieve it. 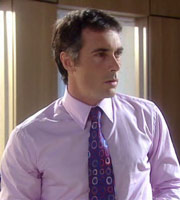 Bex is the "personal assistant, not secretary" to Charles, an executive at marketing firm DGO&E. Suave, sophisticated and universally admired for his leadership and caring qualities - that's how Charles sees himself.

In reality, others see a vain, self-centred man who would be utterly transparent were it not for his fake tan. His rise up the career ladder has been effortless and all thanks to his "charm not sincerity". 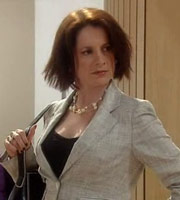 Chris is a power dressing, go-getting, man-eating DGO&E executive at the same level as Charles. Where he uses charm, she uses sex to get what she wants.

Driven by ambition, she has had to fight her way up to executive level. She likes to be in control and consequently finds it very difficult to let go. Now she's looking to teach Bex the ropes too.

In reality she'd like to drop the pretence of designer dressed and professional bravado but she just can't. 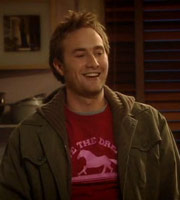 Young and happy-go-lucky, Bex's ex-boyfriend Ryan is constantly 'between jobs'. He's always looking to please, likes to hang out either with Bex or his two slacker mates, Greg and Doug.

One of life's optimists, Ryan is neither ambitious nor deceitful - what you see is what you get: a loveable, cheeky, charming bloke. 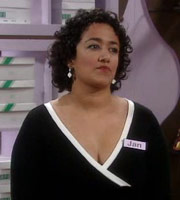 Jan is Bex's good friend and Chris's long-suffering PA, who is happily married to Jim, a man whose passion is to re-enact Viking battles.

While Chris is actually her boss, Jan has no respect for authority and frequently winds up Chris. She is the office joker, has no real ambitions besides a pay rise. 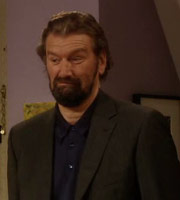 Jack has realised he needs to spend more time with his daughter. He's been out of Bex's life since he split from Bex's mother Sally, and is now trying to make up for lost time. Currently married to someone only six months younger than Bex, Jack is always looking for greener grass.