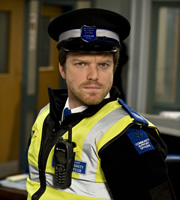 Perry reckons he's Essex Police's most lethal weapon. But he isn't even a cop. He really, really wants to be, but he isn't - he's a Police Community Support Officer. 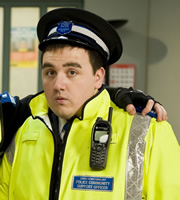 Sweet but naive Len is Perry's fellow Police Community Support Officer in Vange. He wears his high-visibility jacket with pride. 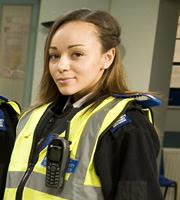 Perry really loves Kelly, but she doesn't really care about him or the job. 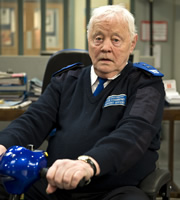 Doddering pensioner Chester shouldn't really be allowed to be a PCSO. He has to police the streets using a mobility scooter. He also annoys Perry by leaving his colostomy bag in all the wrong places. 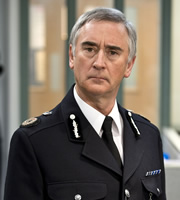 Running Vange Police Station is Chief Inspector Boone. He doesn't care what the PCSOs get up to as long as they don't bother him. Boone is counting down the days to his impending retirement are preying nothing goes wrong before he can finally leave the force and collect his pension. 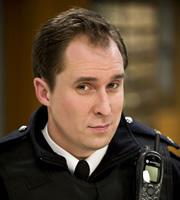 Sneering Preston is a 'proper copper'. He has a mean streak and is an enemy of Perry. 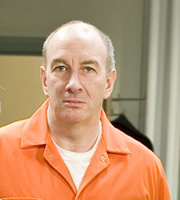 Is Dr Clack a criminal mastermind, a total loon, or a nice medical doctor? It's hard to tell. He's definitely posh though. 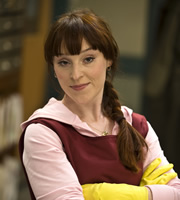 Olga is the cleaner at Vange Police HQ. Kelly suspects her of doing more than just cleaning though.