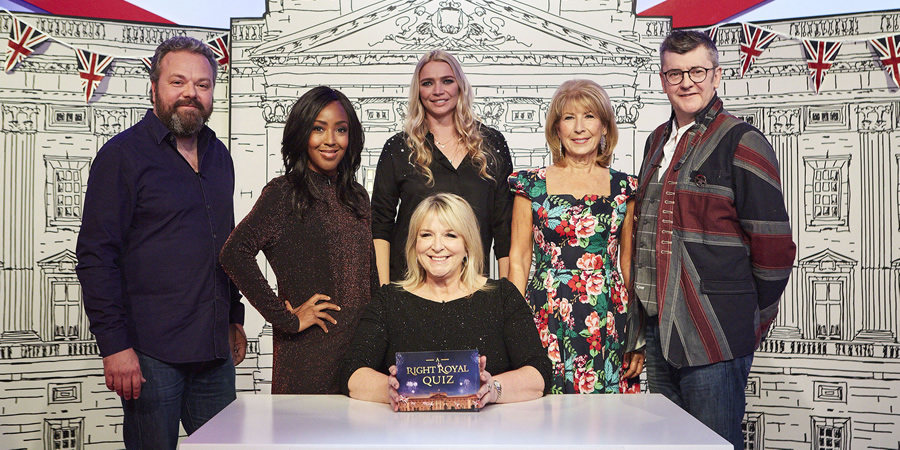 A panel show about the Royal Family

A Right Royal Quiz is Britain's first ever panel show about the Royal Family and a celebratory and affectionate look at the Royals and the country's obsession with them.

Hosted by Fern Britton, two Royal-loving celebrity teams battle it out to win the prize, the 'Crown of Right Royalness'.

On the Regal Reds team, comedian Hal Cruttenden joins forces with TV presenter Angellica Bell to compete against the Buckingham Blues, made up of comic legend Joe Pasquale and TV presenter Jodie Kidd.

Competing over a series of funny and entertaining rounds testing their knowledge of Royal facts and regal moments, the teams are helped along the way by Royal expert Jennie Bond. The contestants also meet some super fans in the studio and are surprised with some royal-themed guests.

The show is full of entertaining and interesting facts as well as hilarious offbeat insights into the nation's favourite family.

So get out your flags, practice 'God Save the Queen' and prepare for the ultimate right Royal knees up!