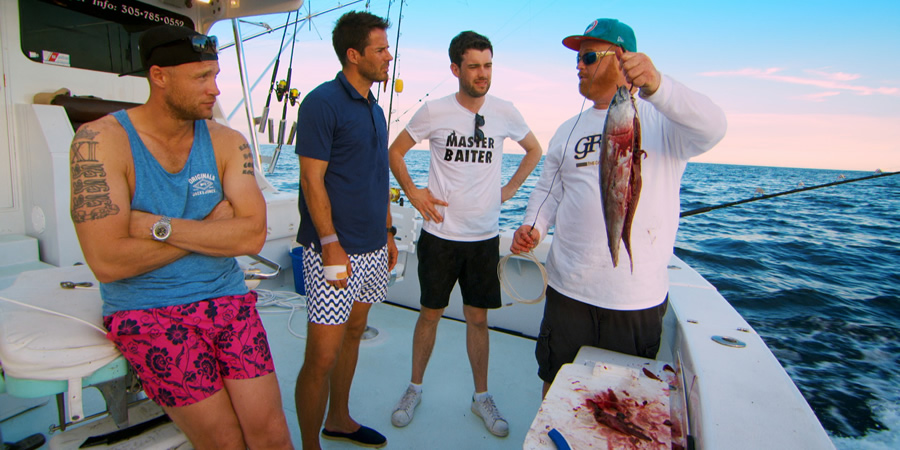 The third leg of Jack, Jamie and Freddie's epic road trip takes them to Miami, where they are set the ultimate deep-sea fishing goal: to catch a shark.

Jack, Jamie and Freddie head to Miami, where they are set the ultimate deep-sea fishing goal: to catch a shark. When they hook one, they can't believe it and a titanic tussle between man and fish begins. But when one of them makes a mistake that costs them their catch, things get fierce on the open water.

Tensions continue to build at the boys' next stop, Florida's Everglades. Jamie proves a know-it-all when it comes to gators and quickly starts to get on Jack and Freddie's nerves. Things come to a head when Jack throws Jamie's sunglasses to the crocodiles, but losing an airboat race is the final straw for Redknapp. He finds a way to get his own back, which leaves Jack and Freddie at the mercy of the swamp.

The boys' final challenge takes them to the Big Apple and Katz's Delicatessen, the scene of Meg Ryan's fake orgasm in When Harry Met Sally. There, Jack, Jamie and Freddie will get one hour to prove they can work its notoriously busy sandwich bar. Big embarrassment awaits the loser as they'll have to act out Ryan's famous scene in front of the packed out restaurant. Who will it be?