Victor Meldrew is being brought back from the dead, to suffer the indignities of the 21st century.

The irascible curmudgeon died in the final episode of One Foot In The Grave in 2000, killed by a hit and run driver.

But now creator David Renwick has written a novel that finds the character, played by Richard Wilson on screen, struggling to adapt to the new millennium.

One Foot in the Grave and Counting will be published by Fantom Publishing (Two of a Kind: The Morecambe and Wise Story, The Kenneth Williams Companion). The book will hopefully be available to buy this summer Renwick told British Comedy Guide, after it was postponed from last year because of the coronavirus pandemic.

There are also plans to reissue his original One Foot in the Grave novel from 1992 as a companion volume.

The new novelisation "draws upon material" from the television episodes Renwick told the Distinct Nostalgia podcast in a substantial two-part interview, "but actually is placed in the 21st century."

Wilson briefly returned as Meldrew in a 2001 Comic Relief special but was unacknowledged by his wife Margaret, played by Annette Crosbie, implying he was a ghost. 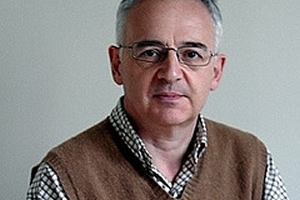 Renwick was prompted to kill the character off after a meeting with the BBC's then head of in-house programme production Peter Salmon, who asked him to write a millennium special, following on from the series's one-off Christmas episodes. Expressing "Victor's views on how the last century had gone and his hopes and fears for the next, which didn't really appeal to me" he told Distinct Nostalgia's Ashley Byrne.

Instead, "rather contrarily" he asked Salmon for a final series of six episodes, "at the end of which I thought it was probably appropriate that he died ... really for no better reason than I felt the show had probably lasted as long as it could have done. At that stage, I didn't know whether I'd even got a final six episodes in me. It was always a challenge and difficult coming up with new stuff and always had been.

"But by actually terminating Victor in the story, I made sure that people wouldn't keep asking if I would write any more. That was the main reason. With the exception of Blackadder, where the characters might die in one century and come back in a subsequent one, there'd never really been a death of a major character in a long-running sitcom in this country, so I felt this was a bit of a first."

Renwick, who worked with Wilson on the 1986 film of Whoops Apocalypse and through the late 1980s on ITV's journalism sitcom Hot Metal, which was co-written with 2point4 Children creator Andrew Marshall, has previously revealed how Meldrew was inspired by his milkman father's early retirement and Mr Hubley from the Neil Simon play Plaza Suite, as played by Walter Matthau in the 1971 film version.

But he added that the character also had its origins in a short-tempered doctor character he'd created for a 1978 Thames Television comedy. And "I never made any secret of the fact that Victor was really based on my own attitudes, if not my personality" he said. One Foot In The Grave was the first sitcom he'd written alone and "I always knew how Victor behaved in any given situation because it was how I would behave."

Elsewhere in the interview, Renwick reflects upon his partnership with Marshall and writing for The Two Ronnies, Kenneth Williams, David Jason and Not The Nine O'Clock News among others. He also shares his mild annoyance at some of the changes Ronnie Barker made to his sketches, including the famous Mastermind one featuring Ronnie Corbett as the contestant "Charlie Smithers", a name Renwick felt was wrong for the character.

Retired from writing for television since penning the final episode of Jonathan Creek in 2016, he expressed no desire to return. Contrasting the degree of editorial oversight he was subject to on One Foot In The Grave with today's comedies, he lamented that "now everything is subjected to so much scrutiny, so many committees and executives, that I wouldn't want to work under those parameters anymore, so feel very thankful and blessed that I worked in the industry when I did."

And he expressed gratitude that fresh audiences were discovering Meldrew through repeat showings. "Given the amount of work that I and everyone involved in the production put into it, to solidify those ideas and routines, there's a good, solid meaty comedy in there that does stand the test of time, [that] one hopes won't go out of fashion."

David Renwick - One Foot In The Grave And Counting 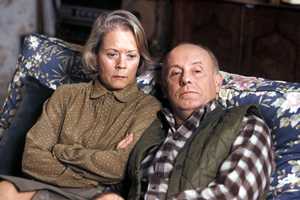