Comic book The Beano has made its first version for adults.

The one-off 'BeanOLD' features "a host of famous faces from 2020", with the likes of Captain Sir Thomas Moore, Marcus Rashford, Boris Johnson and Dominic Cummings depicted in cartoon format alongside some of the magazine's famous characters. 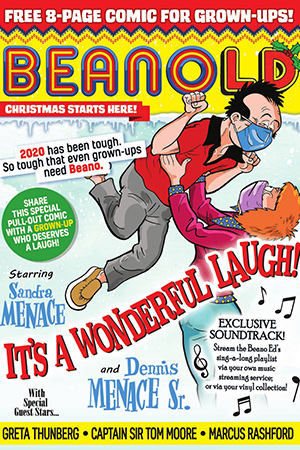 The magazine is a pull-out from the latest edition of the regular kids' comic, which is on sale from today, and follows Dennis's mum and dad as they reflect on this year, "covering everything from Zoom family quizzes and home-schooling to delayed Bond films".

The publisher explains: "'BeanOLD' sees Dennis's dad Mr Menace get a new job in the Elf Service having been let go from his job at Wilbur Brown's factory.

"Captain Sir Thomas Moore and Manchester United footballer Marcus Rashford visit Beanotown to receive honorary MBEs (Member of the Beano Elf-service) for their efforts this year. Whilst in town, they save Christmas by rumbling Wilbur Brown and Walter Softy's plan to steal all of the Christmas presents. Boris Johnson then literally lands in town and helps Wilbur Brown getaway with some help from Dominic Cummings their getaway driver.

"The comic also features world-renowned environmental activist Greta Thunberg, who offers Dennis's dad advice on how to grow his own Christmas tree and as a special treat for adults, Desperate Dan makes a special appearance, the first time he has appeared in a comic for 8 years. Tom Hardy also makes a guest-appearance as Dennis's mum's celebrity crush and Christmas present wish."

The Beano, from publishers DC Thompson, was first published in July 1938 and has continued since, including publishing editions throughout WWII to keep children entertained.

Mike Stirling from Beano Studios says: "We've formed our very own Gnational Elf Service to help spread laughs and keep the nation smiling this winter. We love bringing kids laughs every week but 2020 has been so tough, that for the first time in 82 years we've created a comic that kids can give to adults to share some much needed Beano LOLZ."

'BeanOLD' can be found in this week's Beano, available to buy at retailers from today. 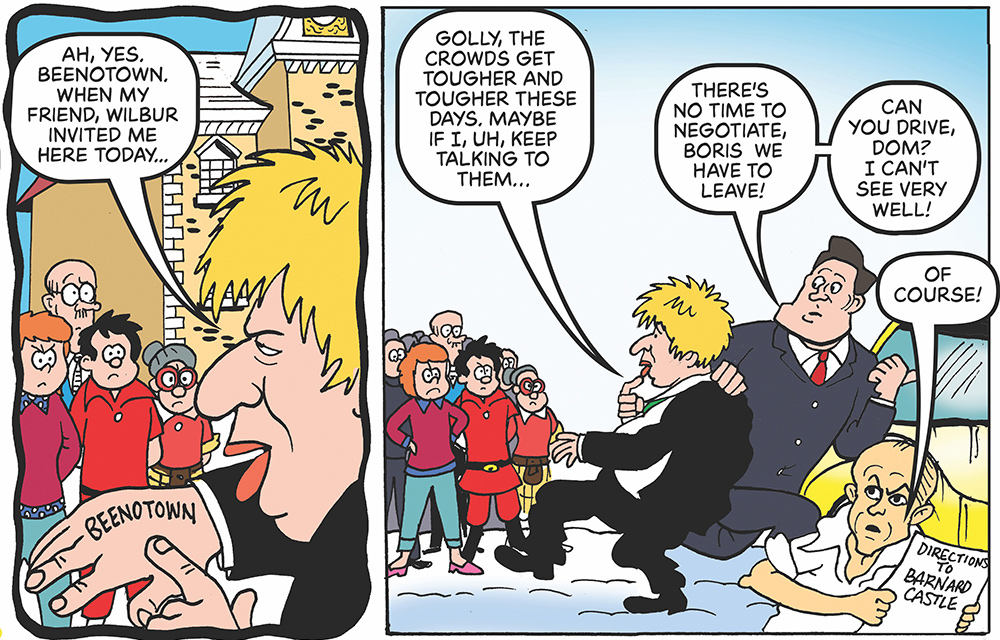 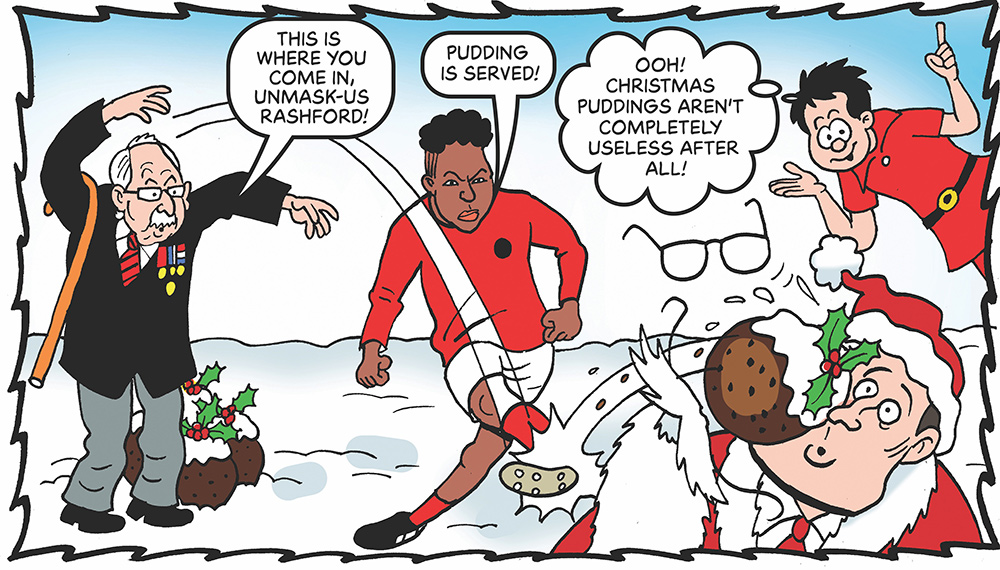