The Last 100 Years And All That will be published in October by Quercus, parodying British history.

Subtitled "A Misremembered Journey through the 20th Century to Today", it will act as an informal follow-up to 1066 And All That, an infamous comic reworking of history that was first serialised in Punch magazine and published in a single volume in 1930.

Written by W. C. Sellar and R. J. Yeatman the original books has inspired numerous other works in the decades since, and was also adapted into a stage musical comedy production.

Publishers of Murray's new version promise that it will be an "hilarious update" to "bring the last 100 years alive".

Running to almost double the length of the original 1066 work, hardback, eBook and audiobook formats - which Murray will read - are all being lined up for publication on 29th October 2020.

He has also presented a number of television history programmes, including series Al Murray: Why Does Everyone Hate The English, Al Murray's German Adventure and Al Murray's Road to Berlin.

Al Murray says: "I'm working my way through The Last Hundred Years And All That (Give or Take) and doing what I can to offer an honestly biased history of our tumultuous epoch, this book does what it can to teach us all the ultimate Lesson from History - which is keep your hopes up, your head down and always pack a spare pair of underpants/socks."

Publisher Jane Sturrock adds: "I've been a fan of Al Murray's comedy for ages, but I only relatively recently discovered his podcast and it occurred to me he could write a very entertaining book about modern British history. Al knows his history inside out and in The Last 100 Years (Give or Take) And All That has delivered a hilarious, fascinating and informative gallop through 20th-century Britain."

1066 And All That, the famous tongue-in-cheek parody on British history has been a family favourite ever since it was first published in 1930. But so much has happened since then . . . and who better to provide a hilarious update than stand-up comedian Al Murray? Forget dusty, dry history books from your classroom days. This will bring the last 100 years alive as you discover historical facts that you never knew.

This story was updated in September to add the quotes from Murray and Sturrock. 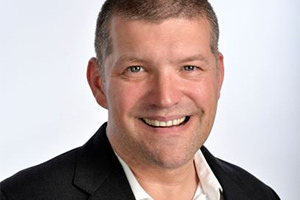