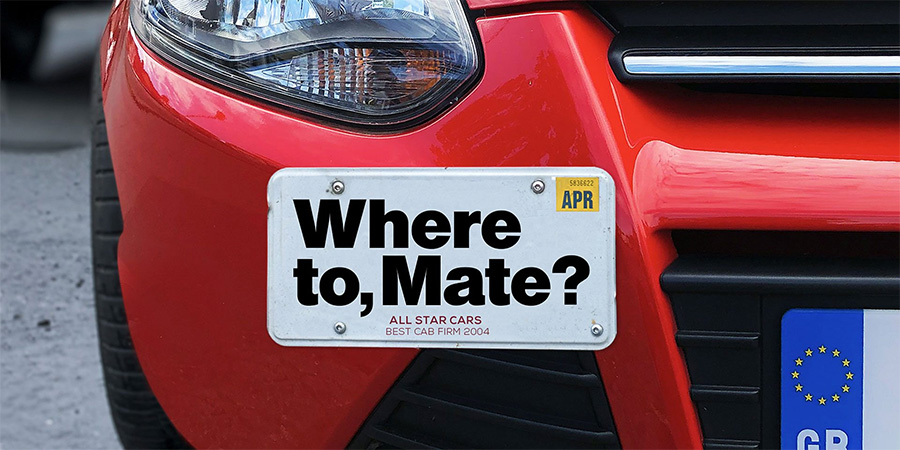 Set and recorded on location in a car in Manchester, Where To, Mate? is a semi-improvised comedy following our main drivers Bernie and Ben as we eavesdrop on their taxi journeys around the North West.

Ben was the first driver to work at the firm and he's seen it all. He likes 80s movies and arguing about nothing, but tries to help passengers out with their problems whenever he can.

Bernie has left her husband in Birmingham and escaped to Manchester to work as the only female driver at All Star Cars. She didn't get out on her own much before she got this job, but she's making up for it now.

The show features local voices and character actors/comedians from the North.