About Twice Ken Is Plenty 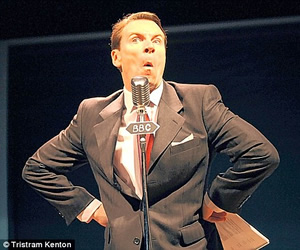 Twice Ken Is Plenty is something of an event in radio comedy history: a recently unearthed and never-before-performed script found in the possessions of Kenneth Williams, written in 1966 by Kenneth Horne and Mollie Millest. It was adapted and performed at the start of 2009 before an audience at the BBC's Radio Theatre in London.

The experiment proved highly successful, with actors Robin Sebastian and Jonathan Rigby taking the lead roles as the two Kenneths. They perform as a double act throughout, with contributions from Charles Armstrong, who takes on the role of the Announcer.

The plot, evoking memories of Round The Horne, finds the two Kenneths working together in advance of their own radio programme and follows them as they journey around the BBC's Broadcasting House, meeting a weird and wonderful assortment of characters.

The script was discovered in a collection of Kenneth Williams memorabilia by writer and broadcaster Wes Butters. He brought it to the attention of BBC producer Stephen Garner, who was able to identify it as a script written in part by Millest, Kenneth Horne's ghost writer.

Millest confirmed that the script had never been broadcast; at the time it was written, both Williams and Horne were heavily involved with the popular radio series, Round The Horne, and there was a risk of over-exposure as well as a lack of space available for it in the schedules.

The project was shelved until spring of 2009, when a modern-day audience packed into the Radio Theatre to witness a special re-enactment, complete with an introduction from Wes Butters, along with authentic sound effects and old props, including the famous door from the popular Tommy Handley radio series, It's That Man Again.