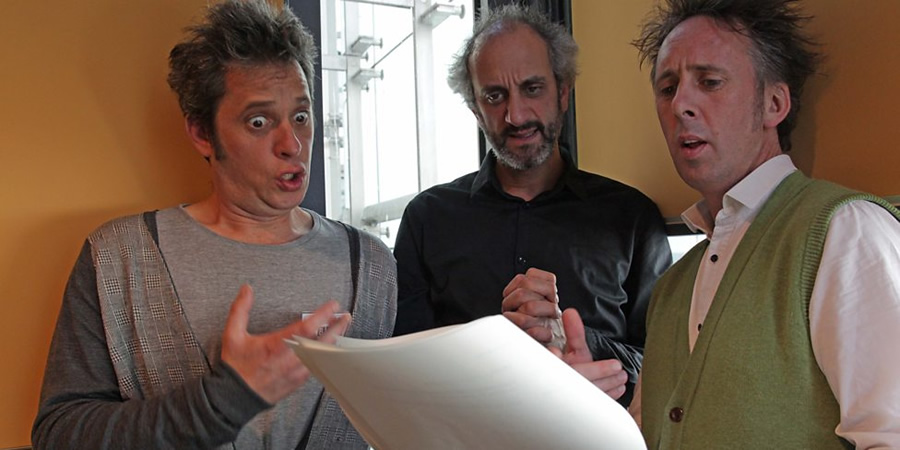 A Trespasser's Guide To The Classics

Comedy trio Peepolykus assume the roles of minor characters in great works of fiction and derail the plot of the book through their hapless buffoonery.

Peepolykus (pronounced people-like-us) has exported its brand of irreverent comic theatre to over 100 towns and cities across four continents, often under the auspices of the British Council. The company's varied CV includes two tours of Bangladesh, winning the audience award at The Tehran Festival, performing to royalty in Brunei, to Indian states people in the Himalayas, a truly disastrous run in Barbados, an unforgettable stint on The Price is Right in Australia and other occasional bits of telly for the BBC.

Their theatre scripts are licensed worldwide and their award-winning musical with NYMT:UK is pencilled for re-launch. The company has also played for 3 months in the West End and collaborated with numerous organisations including Neal Street Productions, Aardman, NT, The Kevin Spacey Foundation and currently with Brunel University on STUCK - working with schools to adopt improvisation into the curriculum.

Past forays on Radio 4 have included a co-penned series with Rik Mayall, a star-studded adaptation of A Christmas Carol and a live recording of The Hound of The Baskervilles.