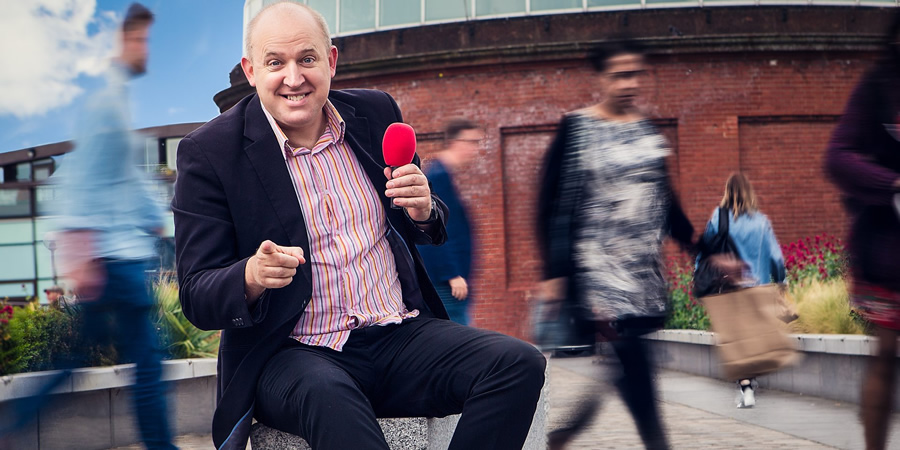 Comic chat show in which Tim Vine interviews members of the audience, based on his hit live show format

The Tim Vine Chat Show is half an hour of silly exuberance, stand-up comedy and a celebration of ordinary people.

It's a chat show with a twist, where the Great British public are the stars. Tim not only interviews members of the audience and hears their entertaining and diverse life stories, but he also sings his much loved (and often ridiculous) songs, as well as showcasing the world famous one-liners that have made him a comedy star.