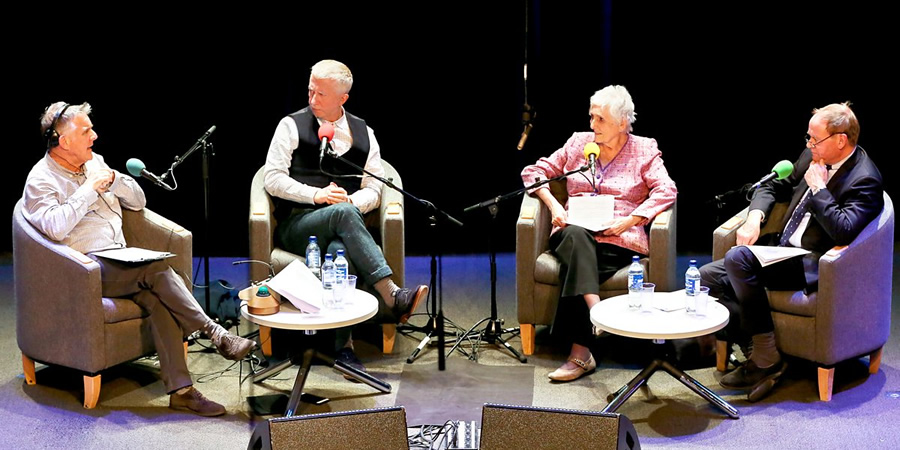 Instead of guest 'Comedy Controllers' choosing their comedy favourites on Radio 4 Extra, this series gives those who actually made the shows the chance to select the programmes they love.

The Real Comedy Controllers (those who commissioned, thought up and actually made many of the classic shows) reveal what it was that made them laugh and shed light on how those (and other similar) programmes were made.

Paul Jackson (producer of The Two Ronnies, Red Dwarf, Three Of A Kind and The Young Ones; former Head of BBC Entertainment and former Director of Comedy and Entertainment for ITV) hosts the discussion, and talks to...

John Lloyd (producer of The News Quiz, Not The Nine O'Clock News, Blackadder and QI; and current presenter of The Museum of Curiosity).

Jimmy Mulville (producer of Radio Active and Alas Smith And Jones; star of Who Dares Wins and Old Harry's Game; and co-founder of Hat Trick Productions whose credits include Have I Got News For You, Father Ted and Outnumbered).

In front of an audience in the iconic Radio Theatre in Broadcasting House - the home of British Radio comedy - the foursome reveal why they do it and what it was (and is) that made them laugh. Over four extended episodes they survey broadcast comedy from its origins before and during the Second World War to the laughs (and groans) of the internet age. And they select their favourite moments along the way.

These four episodes, each three hours long, consist of discussions in front of a live audience. In each episode, in amongst the chat, four episodes from programmes selected by the controllers are repeated in full before being discussed.