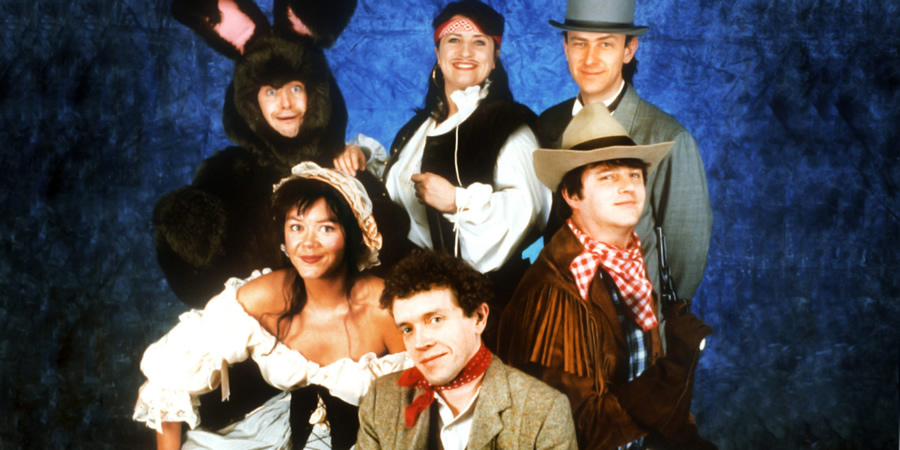 Improvised comedy following the misfortunates of a dynasty

The Masterson Inheritance is described as "an improvised historical saga of a family at war with itself. No script, no rehearsals, just an audience and a couple of microphones."

Narrated by Lee Simpson, each episode is set in a different period of history, with a cast including Josie Lawrence, Phelim McDermott, Paul Merton, Caroline Quentin and Jim Sweeney, creating a completely improvised story based on audience suggestions.