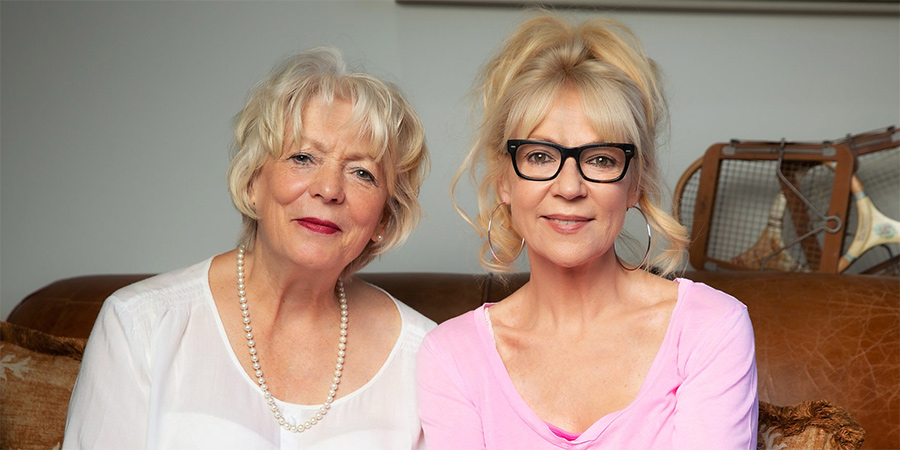 Skeletons In The Cupboard

Sitcom about two sisters who are dealing with their mother's death

Not long after their mother's death, sisters Maureen and Lesley are packing up their mother's clothes to take to the charity shop.
It's a painful duty, with Maureen trying to control the worst of Lesley's projectile lamenting. A man comes to the door and introduces himself as David Johnson, a friend of Maureen's neighbour, who would like to view the house if they're thinking of selling, which Maureen definitely is.

But Lesley is dead set against the idea, and, behind Maureen's back, offers David their mother's old bedroom as a pied-a-terre. Maureen is annoyed by Lesley's initiative, but David is oblivious to the tension he has caused.