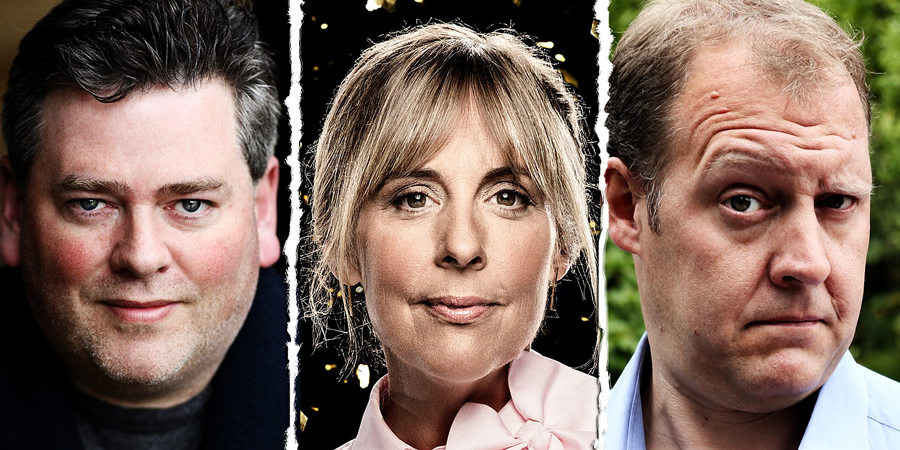 Justin Edwards tries his best to control Mel Giedroyc and David Mounfield as they team up for a gleeful half hour of sketches and musical comedy.

The show features a glorious array of sketches and music courtesy of the show's very own house band - Jason Hazeley on piano and David Reed of The Penny Dreadfuls on drums. They will also be joined by a mystery special guest, who will take centre stage in a thrilling radio drama, if Justin gets it written in time, and if Mel remembers the lines, and if Dave remembers to turn up.

Justin Edwards says: "I am delighted to be once again sharing the stage with such theatrical luminaries as Mel Giedroyc and Dave Mounfield. A true footsoldier of the theatre, dear Mel is such a brave performer, and constantly surprises me with her bold acting choices, whilst Dave has almost mastered the art of making tea."

Jim Howick was originally announced for the pilot, but he had to drop out of the project. He was replaced by David Mounfield.